The team over at Engadget have been gifted with a pair of Dell Thunder smartphone prototypes that has allowed them to pull the wraps off the specifications.

The new Dell Thunder will be equipped with a 1 GHz Snapdragon processor with Qualcomm Adreno graphics (maybe the same as the Nexus One), 4.1-inch touch-screen display, 512 MB RAM, 512 MB ROM, 8 megapixel camera with LED flash, and maybe a front-facing VGA camera. Together with a slightly bevelled front glass screen. 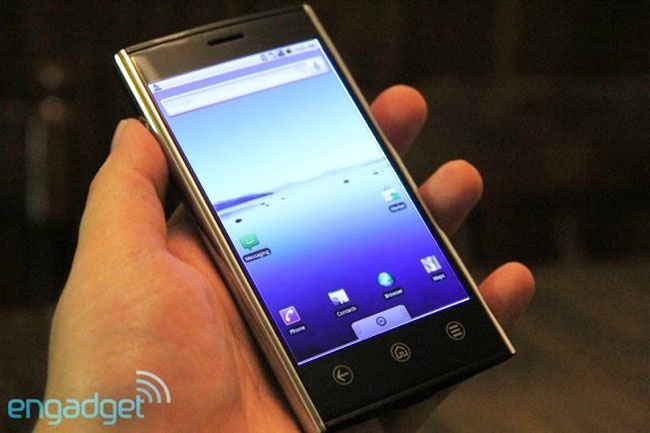 The two devices received had different  operating system with one running a developer build of Android 1.6 and the other running Android 2.1. That made a differences to their resolutions of 800 x 600 and the other 1,280 x 768 respectively.

The team also uncovered a CDMA test suite, indicating the potential for a Verizon or Sprint model, and one unit used AT&T’s HSPA 3G bands while the other had T-Mobile’s AWS 3G bands.

Via BGR Via Engadget