Using over 30,000 Lego pieces, Florida teacher Jay Hoff spent six months creating a 6 ft x 6 ft replica of the Death Star landing bay, used in a scene from “Return of the Jedi,”. In which the Emperor lands on the uncompleted Death Star to inspect Darth Vader’s progress.

Hoff even painted the floor of the Lego build to provide a more polished effect worthy of an Emperor’s visit. 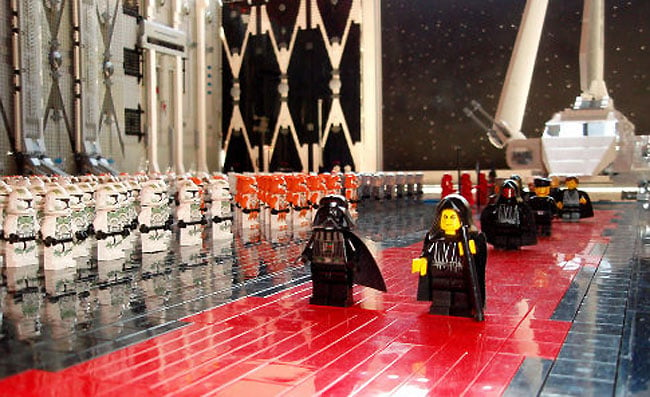 “I’ve been crazy about LEGO ever since and began collecting it again in the early 90’s, especially when the Star Wars kits started coming out,”