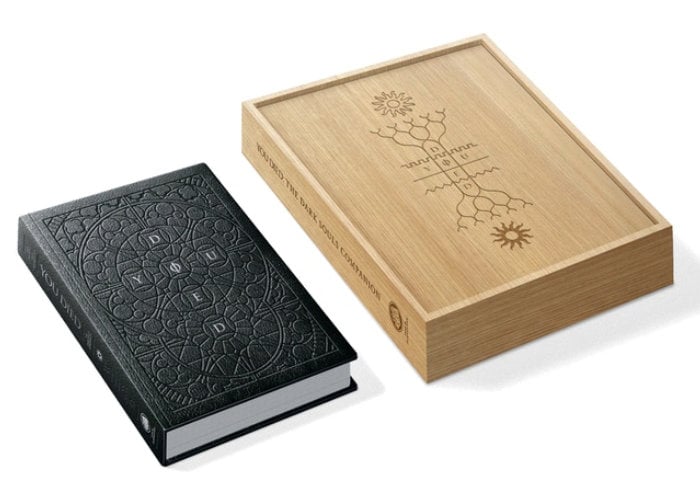 Darks Souls fans are sure to be interested in a new Kickstarter campaign which was launched to create the You Died: The Dark Souls companion book. Offering a deluxe hardcover edition as an “original love letter to Dark Souls and its extraordinary fan community.” watch the video below to learn more about the project and Jason Killingsworth the writer behind it.

“It was during my time at Edge that my love of Dark Souls took root. I had the pleasure of interviewing the game’s director Hidetaka Miyazaki on numerous occasions and travelled to FromSoftware’s headquarters in Tokyo in 2012 to conduct the interviews for the Edge cover story that revealed Dark Souls II to the world.

Reflecting on what book might make a good first project for Tune & Fairweather, my mind returned to the unresolved tension of not being able to create the ideal Dark Souls book that I’d imagined while deep in the writing process. The hardcover edition of You Died felt like it just needed to exist. A game as timeless as Dark Souls deserves a classic-feeling volume that will look striking on one’s shelf or coffee table. I had a background in print, after all. What was keeping me from seeing if I could create something worthy of my favourite video game?

To realise this ambition I reached out to my favourite print designer – Andrew Hind, a former colleague I’d worked with during my years at Edge magazine. He got excited about the project and jumped in to manage the layout design and typesetting. It was important to me that people who already owned the paperback version of You Died got something unique if they picked up another copy. So I wrote a bonus chapter for the hardcover about one player’s quest to reverse-engineer the spawn mechanics behind the game’s rare Vagrant creatures. Dark Souls rewards obsession.

The entire text of the book has been revised and updated for the hardcover edition so it feels as current as possible. Plus, we want this volume to be easy on the eyes so we’ve added dozens of pages of vibrant in-game photography by Duncan Harris of Dead End Thrills. We’ll be printing the book in full-colour, a feature that also gives us the side benefit of being able to print all of Miyazaki’s words in red type – a wink to my religious upbringing.”