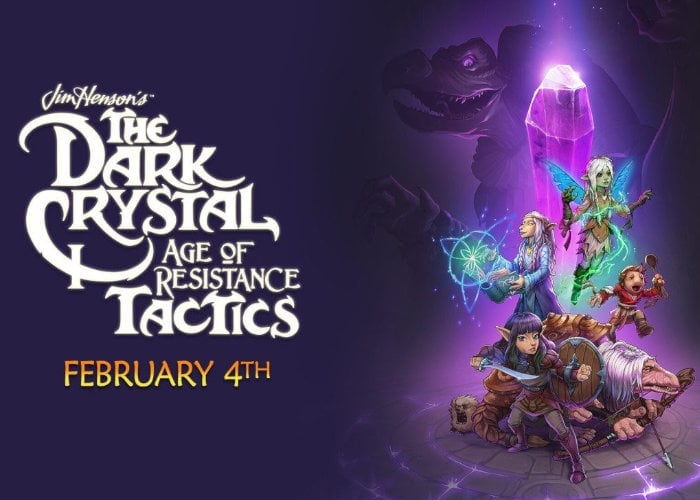 David Whitfield from En Masse Entertainment taken to the official PlayStation blog this week to reveal more details about the new Dark Crystal Age of Resistance Tactics game which is launched on the Nintendo Switch, Xbox One, PlayStation 4, PC and macOS. The new Dark Crystal game offers a chance for fans and gamers to enter turn-based strategy battles with some of the most vile villains in all of fantasy, the Skeksis.

“If you’re not familiar with the series or the original movie, the Skeksis are the bad guys in Jim Henson’s The Dark Crystal — twisted, almost maniacal creatures who rule the world of Thra with an iron fist. But, because they are slowly dying out, they know their reign is coming to an end, and they are determined to stay in power… even if that means performing horrific experiments on their loyal Gelfling subjects!”

“In The Dark Crystal: Age of Resistance Tactics, you will lead a fledgling resistance of Gelfling against their oppressive overlords, the Skeksis, across more than 50 unique turn-based tactics RPG battles. Along the way, you will recruit and customize new allies by assigning them jobs, modifying their abilities, and outfitting them with equipment to ensure victory. With 14 playable characters, including familiar faces from the classic film and the new Netflix Original series, build your own teams and devise winning strategies to overthrow the rule of the Skeksis and restore light to the Gelfling homeworld of Thra!”

-- A Twisted Fairy Tale – Full of mystical creatures from faraway lands, experience an expansive fantasy story through the vibrant world of Thra, where innocent Gelfling lives are consumed for their essence by the nefarious Skeksis. Unite the Gelfling tribes and drive the rebellion to success, or defeat…

– The Clans of Thra – Thra is full of a variety of Gelfling homesteads and unpredictable environments, from arid deserts to lush forests, each as dangerous as they are wondrous. Brave the wild lands of the seven Gelfling clans to unite them and obtain unique strategic benefits.