If you thought 3D cinema was cutting edge technology, how about combining 3D with motion seating to create 4D for the ultimate cinema experience. Well Canadian firm D-Box has been developing a new type of cinema seat that makes 4D a reality, using electromagnets.

The new D-Box motion seats tilt, twist, vibrate and even elevate or drop depending on the action being displayed on the screen at the time. Watch a three minute promotional video by D-Box which explains in a little more detail how the new movement cinema seats work, after the jump. 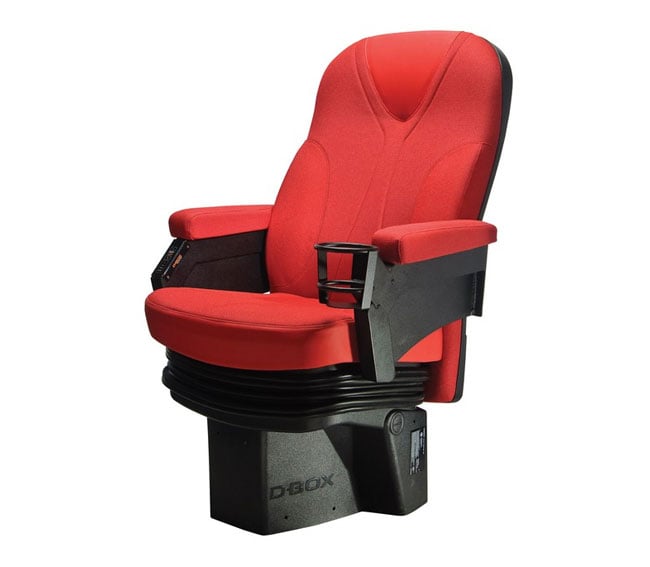 New films such as Fast and the Furious 5 and Harry Potter have proven to be hugely successful, in Fast Five cinema goers feel the seat lurch backwards when accelerating and shooting forwards when the cars break. Likewise if the car jumps, so does the seat.

Something you fancy giving a go? Well the new electromagnet powered seats have already been installed in over fifty cinemas in the US and have already proven so popular that more installations are planned for the near future.