There’s no shortage of custom ROMs for Android devices. XDA-Developers Forums is filled with hundreds of thousands of them, but there’s one name among them which is familiar to almost all the Android fans out there; it’s CyanogenMod. The ROM is available for a bunch of Android handsets available in the market, including Oppo N1 which is shipping with CyanogenMod pre-installed in it and will hit the shelves on December 24th.

CyanogenMod has announced its ROMs are working on over 10 million Android devices, 10,012,013 to be exact (at the time of writing). Out of these 10 million, over five million are official installs while the remaining are unofficial ones. 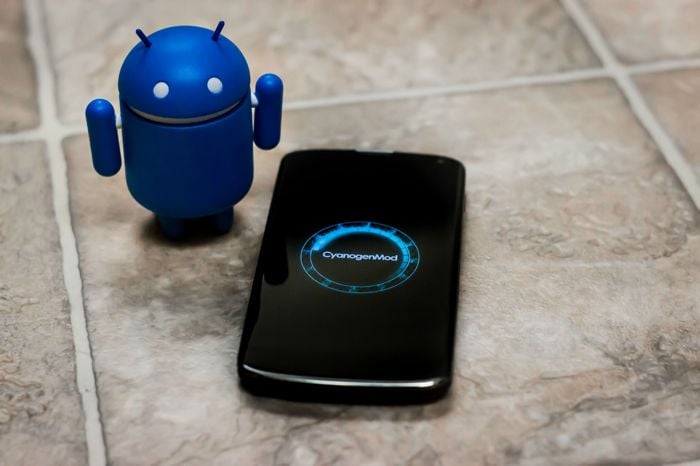 The news was shared by Steve Kondik on Google+ and can also be checked on the CMStats page that lists how many devices are running the ROM, officially and unofficially. It even lists details about the installs in the last 24 horus as well as by version and device. From the statistics, CyanogenMod 10 appears to be the most popular and runs on over 2 million devices. 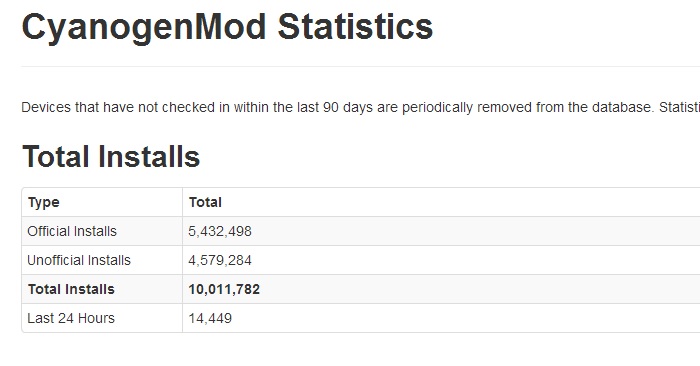 In terms of devices, Samsung Galaxy S appears to be the top contender with over half a million installs followed by Galaxy S2 and Galaxy S3 with 493,777 and 457,941, respectively..  These figures are expected to go up with the launch of Google-certified CynogenMod ROM.