CyanogenMod has today announced via Google+ that the CyanogenMod Accounts service has now passed code review and will be available in the next nightly builds.

CyanogenMod is an open source project and is an enhanced firmware distribution for smartphones and tablet computers based on the Android mobile operating system. It offers features and options not found in the official firmware distributed by vendors of these devices. 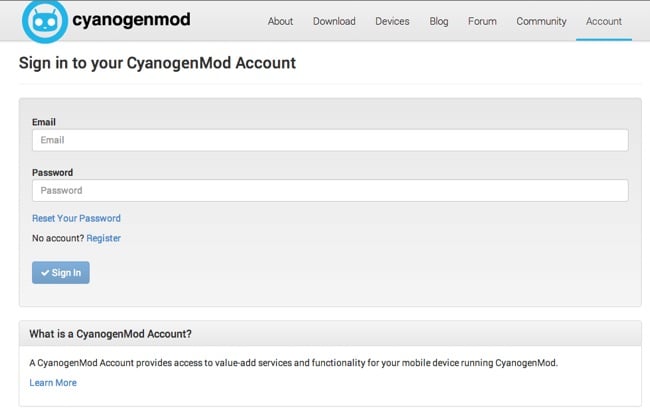 “Features supported by CyanogenMod include native theming support, FLAC audio codec support, a large Access Point Name list, an OpenVPN client, an enhanced reboot menu, support for Wi-Fi, Bluetooth, and USB tethering, CPU overclocking and other performance enhancements, soft buttons and other “tablet tweaks”, toggles in the notification pull-down (such as wi-fi, Bluetooth and GPS), app permissions management, as well as other interface enhancements. CyanogenMod does not contain spyware or bloatware. In many cases, CyanogenMod may increase performance and reliability compared with official firmware releases.”