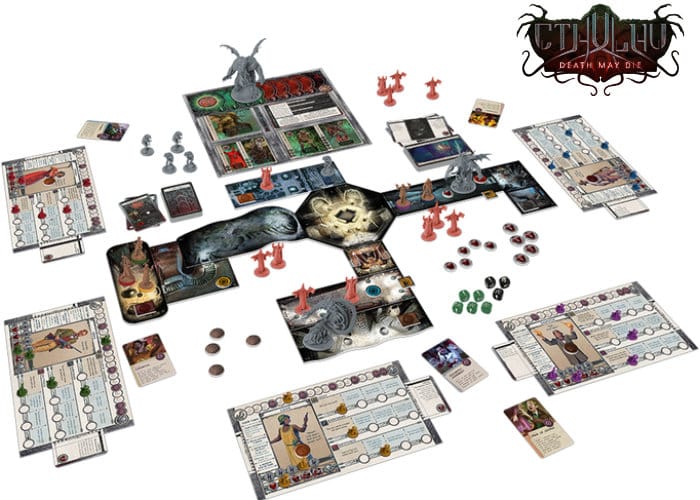 CMON has taken to Kickstarter for the 32nd time to bring fans the new Cthulhu Death May Die board game which has already raised over $1.4 million thanks to nearly 9,000 backers with still 13 days remaining on the campaign. “The Elder Ones are being summoned. Face the monsters and embrace your insanity so you may disrupt the ritual long enough to kill them!” Watch the promotional video below to learn more about what you can expect from the Cthulhu: Death May Die board game.

Cthulhu: Death May Die offers a board game adventure for 1 to 5 players who in turn take on the Cthulhu mythos. Designed by Rob Daviau and Eric M. Lang, the game features monster artwork by Adrian Smith and investigator artwork by Karl Kopinski. Players take on the role of investigators which come from all walks of life, each bringing a unique skill to the team, as well as two other generic skills.

“Cultists are summoning one of the Elder Ones to consume our world, and it is up to the ragtag group of investigators to face the nightmarish forces and disrupt the ritual long enough to make the Elder One vulnerable. And then kill it dead.”

“Madness is always at your side when battling unthinkable monstrosities from other dimensions. In fact, the investigators already start the game with a diagnosed insanity, which will will be triggered by your encounters with the occult. You may be doomed by your mental breakdown, or learn to use it to your advantage. The closer you are to losing your mind completely, the more powerful your skills will become.”