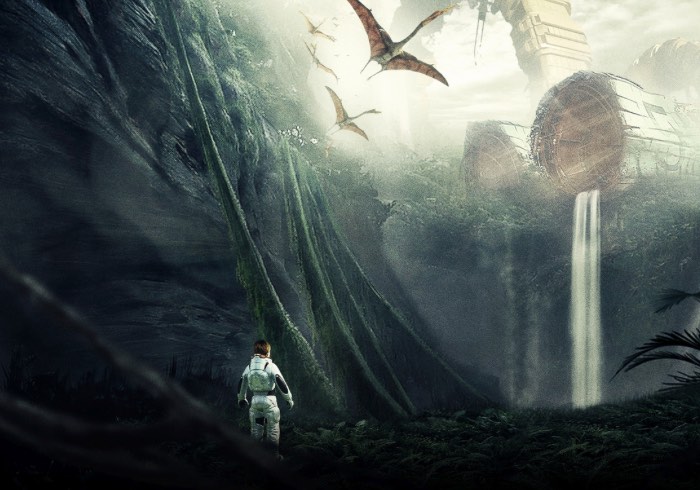 Following on from the Oculus Rift demonstration that was released back in June this year for the new virtual reality game currently under development by Crytek called, Robinson The Journey.

Crytek Executive Producer Elijah Freeman has taken to the PlayStation blog to reveal more details about the game and its storyline, that allows players to assume the role of a young boy who has crash-landed on a mysterious planet.

As well as being made available for PC and Oculus Rift, the new Robinson The Journey game will also support Sony’s PlayStation VR system on the PlayStation 4, Freeman explains more :

That track was — and still is — to create the most realistic, immersive worlds possible using our CRYENGINE technology. Crytek is in a relatively rare position as a developer of both games and a game engine. We’ve found that to be a major asset as we work on Robinson, because our efforts to be at the forefront of gaming tech over the years have led us to develop CRYENGINE features that are proving to be really powerful for creating VR games.

A lot of the reaction we received to the Back to Dinosaur Island demos was about how authentic the environments felt — the foliage, the lighting, the dinos, etc. People really seemed to respond positively to the level of visual fidelity, and we do believe that this can set a VR experience out from the crowd and take the feeling of being present to a whole new level.

So, to return to my own question, what are we striving to achieve with Robinson: The Journey? You could say it’s about recreating that level of authenticity on a much, much grander scale. That means not just making something visually stunning, but also telling a story that is emotionally engaging and which resonates with players beyond the game world.

Has more demonstrations and video footage released over the coming months by Crytek for their new game, we will keep you updated as always.