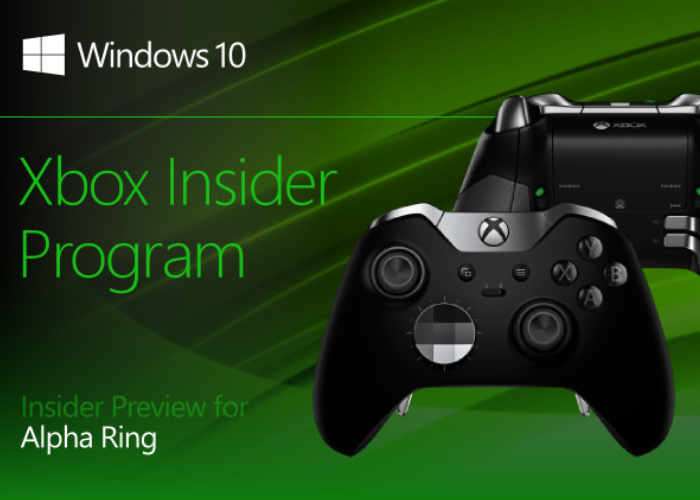 Microsoft has today announced that select alpha ring Xbox Insiders will receive the first look at the new Creators Collection on Xbox One, where developers can publish their games directly to Xbox One and Windows 10, using a simplified certification process.

The Xbox Insider Alpha Ring offers a place for developers from the Creators Program allowing Xbox suers to explore the wide variety of games brought straight from developers and the community.

The Creators Collection is located on the home page of the Games section in the Store and will provide a permanent entry point. Microsoft explained more about the new Xbox Live Creators Program back in March 2017 during GDC 2017.

Xbox is kicking off things this year by announcing the Xbox Live Creators Program, which empowers anyone to rapidly publish Xbox Live-enabled games on Xbox One and Windows 10 PCs, in a totally open way. With the Creators Program, anyone can integrate Xbox Live sign-in, presence, and social features into their UWP games, then publish their game to Xbox One and Windows 10. This means their title can see exposure to every Xbox One owner across the Xbox One family of devices, including Project Scorpio this holiday, as well as hundreds of millions of Windows 10 PCs, and millions of folks using the Xbox app on mobile platforms.

The Creators Program offers a straightforward way for developers to address a huge audience across Windows and Xbox One, with minimal additional development time. An important element is that developers can continue using the tools they’re already using today to create UWP games. Game engines with “out of the box” support for UWP games include Construct 2, MonoGame, Unity, and Xenko. The program works with retail Xbox One consoles, so you won’t need a dev kit to get started. For developers who want access to more Xbox Live capabilities and to gain additional development and marketing support for their game, they can enroll in the ID@Xbox program – even after their game ships.