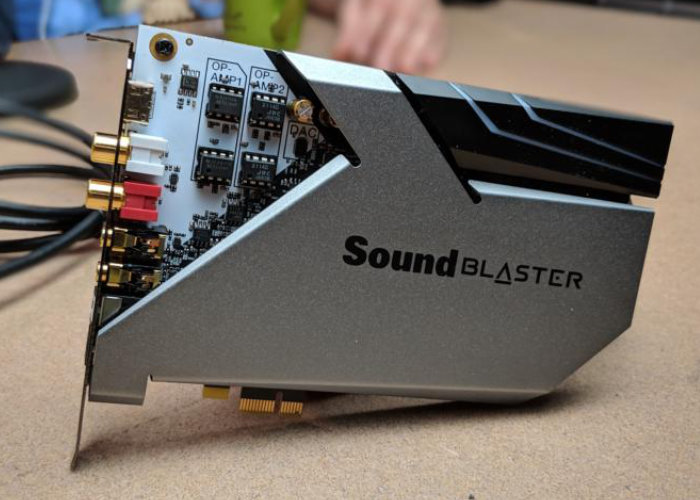 It has been revealed this week that Creative is currently in the process of creating an audiophile sound card in the form of the Creative Sound BlasterX AE-9. The new soundcard by Creative is expected to be priced at $299

The Tech Power Up website explains a little more about what you can expected from the new sound card. “Creative said the card is rated at a 129 dB signal-to-noise ratio and uses an ESS Sabre 32 digital analog converter – a known quantity in terms of quality. Creative’s XAMP, which amplifies each stereo channel of headphones out separately, is also present.” 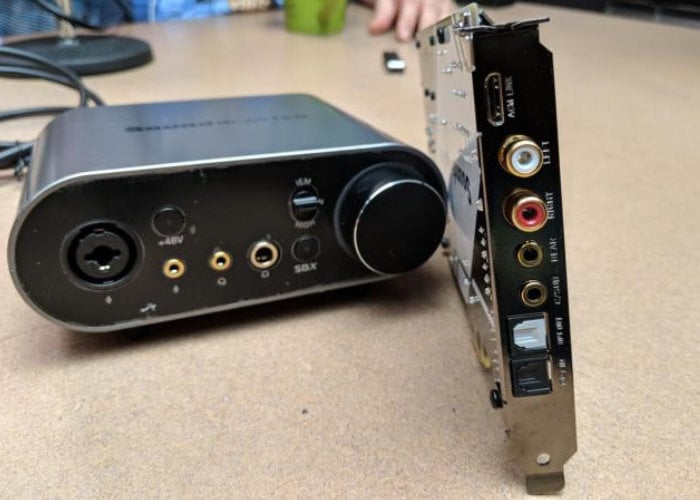 “The breakout box, which houses the external DAC, supports both TRS and XLR connectors for microphones and 48-volt phantom power. There’s a switch for what looks like dedicated profiles for high impedance headphones, and support for SBX in a physical button, which lets users control any 3D virtualisation technology on the spot.”

For more details on the new Creative Sound BlasterX AE-9 soundcard currently under development jump over to the links below.If you’d like to view the unofficial world-wide debut of the card, jump over to the PC World website by following the link below and tune in to the websites video show, The Full Nerd to see Creative Labs’ Ryan Schlieper unveil the card and talk about the company’s Super X-Fi technology in the process.