Sony has just announced that its Crackle service which provides a multi-platform video entertainment network, has now received an update that will now allow it to provide a full suite of ad-supported full-length movies and television series to a number of devices.

The update now streams content to devices such as the Sony PlayStation 3, Roku streaming players, Sony’s Blu-ray players, BRAVIA televisions and Streaming Player with wifi, together with Google TV which has already been announced a short time ago. 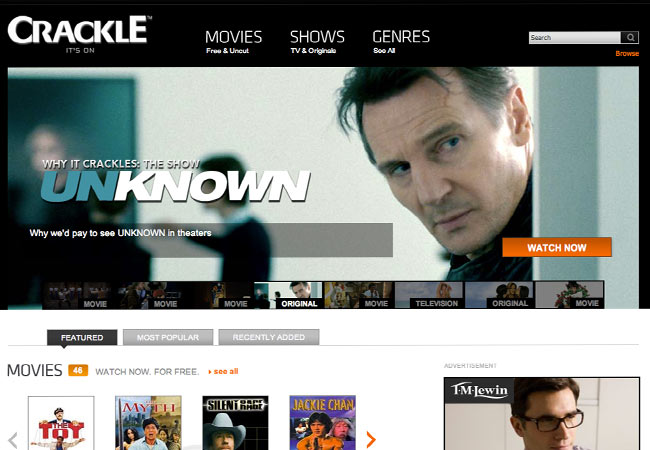 Crackle can be found in the Channel Store on Roku, on the PlayStation 3 Internet Browser home screen and on all BRAVIA Internet Video devices including Sony Blu-ray players and BRAVIA televisions.

Crackle becomes the only digital network to feature free-to-consumer full-length, unedited movies and television series on these platforms. But there are a few restrictions to the service which unfortunately only currently delivers 480p standard definition and Hulu-style commercial interruptions.