A new app has just been released that lets you crack your iPhone Apps and remove the copy protection from them called Crackulous. 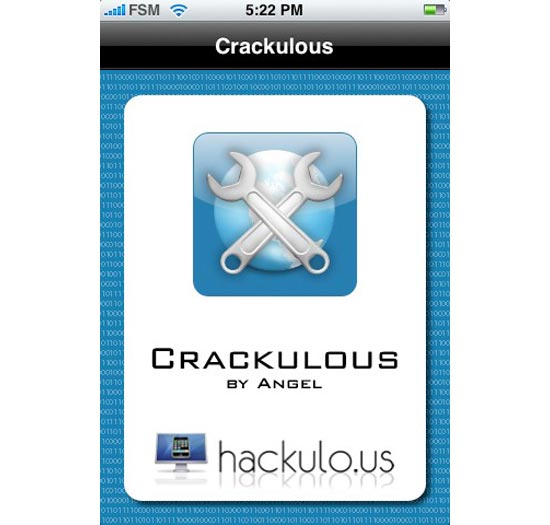 Crackulous works on Jailbroken iPhone’s through Cydia, here’s some details about the app from the developers.

“We at Hackulous have decided to open up the beta version of Crackulous for the entire community. If you haven’t already heard about Crackulous, it’s an amazing application dedicated to the iPhone community to cracking apps. Crackulous was first started by SaladFork, and now the application is being developed by Angel. We’ve decided to release Crackulous v.9 as an Open Beta, so anyone can try it out!”
Features:

* Full GUI version of xCrack! No Complications!
* Crack Applications from the App Store! Share them with the community!
* The ONLY Application of its kind!
* The most POWERFUL and EASIEST to use application!
* Crack multiple apps at one time!
* It’s free! Why would we charge?

Personally I can’t see Apple being to happy about this, they have pretty much left the iPhone Hackers alone until now, but with this app basically removing the copy protection from iPhone Apps, they might take notice of this one and do something about it.