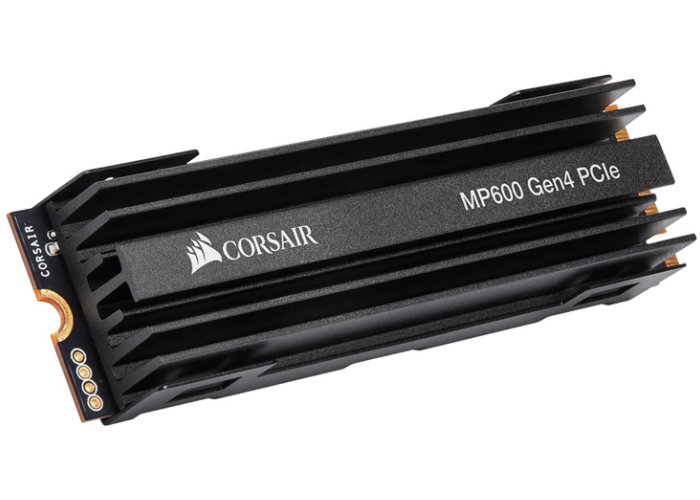 This week Computex 2019 has begun allowing hardware manufacturers and industry to showcase their latest creations. One of which is the new Corsair Force Series MP600 NVMe PCIe Gen4 x4 M.2 SSD. Offering super fast speeds with a sequential read speed of 4950MB/s and write speed of 4,250MB/s.

The new PCIe 4.0 SSD will be available alongside the launch of the AMD X570 chipset motherboards and new 3rd Generation AMD Ryzen Desktop Processors in July 2019, although no exact pricing has been announced as yet by Corsair you can expect more details to be released by authorised resellers worldwide in the coming weeks. Based on PCIe 4.0 technology the solid state drive (SSD) is currently exclusive to AMD X570 owners as Intel still a little further behind in offering the Next generation PCIe 4.0 support on its motherboards.

“AMD is making huge strides in bringing new, high-performance features to the PC enthusiast market, and we’re delighted to be able to partner with them in doing so,” said Andy Paul, Founder, and CEO of CORSAIR. “With the MP600, AMD X570 motherboard owners will be able to experience the benefits of PCIe 4.0 immediately, with the fastest CORSAIR SSD yet at the center of their system.”