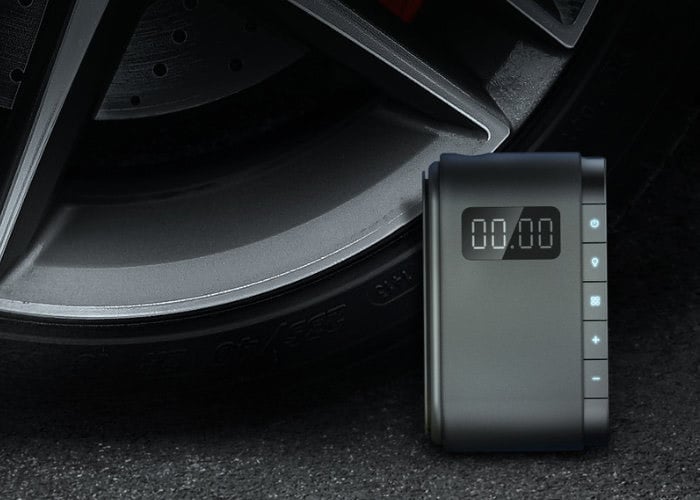 The aptly named Pumpit cordless tire inflator has raised over $200,000 via Kickstarter thanks to over 2,000 backers. The sleek ultraportable powerful pump inflates car tyres, bikes, balls and more to an exact pressure in just a few minutes at the press of a button stopwatch the demonstration video below to learn more about the one button operation and powerful motor that drives the Pumpit cordless tire inflator. Just over 2 days remain on the campaign and early bird pledges are still available from $79. 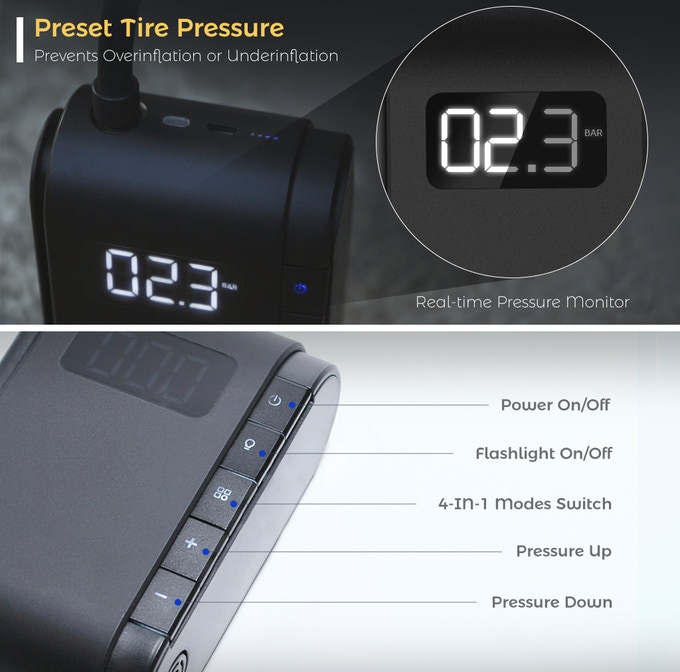 “PUMPIT is an extremely compact and versatile air compressor that weighs only 1.1 pounds and measures just 5.1 inches on its longest side. It includes a variety of nozzle adapters and preset modes for inflating all sorts of vehicles and household items. It operates by its built-in battery which does not require cable connection to a power outlet.”

“It is incredibly simple to use, just hook it up, press the button and it will start pumping. Its easy-to-read LCD screen and auto cut-off ensure to fill the tire to the desired pressure without overinflation. PUMPIT is a small, useful pump that everyone shall keep on hand in the car or in the garage for emergencies on the road or inflation jobs at home. PUMPIT barely tips the scales over 1 pound, and doesn’t exceed 5.1 inches on any side, making it the smallest pump among all the competing brands in the market.”