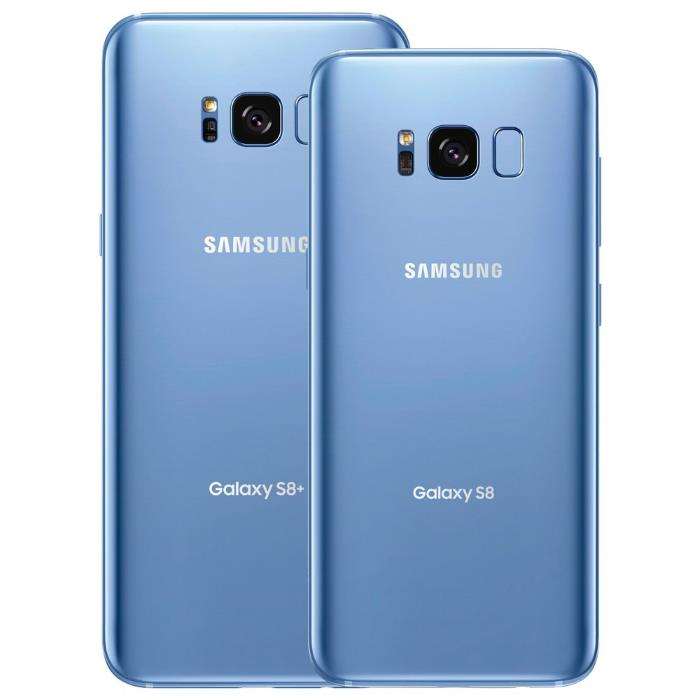 It’s been a while since Samsung introduced the Galaxy S8/S8+ across the globe, but it seems the handset will get a new color option in the United States.

According to a new report, the Galaxy S8/S8+ will launch in a new color Coral Blue color options in the United States.

The rumor comes from @evleaks who has a decent track record when it comes to leaks. The tweet said, “US-bound Galaxy S8/+ in blue.” along with an alleged press render of the devices.

Apart from the color, there’s nothing different in terms of specifications of the devices. Samsung Galaxy S8 comes with a 5.8-inch display sporting a resolution of 1440×2960 pixels, an Exynos 8895 Octa processor paired with 4GB of RAM and 64Gb of internal storage. Other features includes a 12MP camera for photos and videos, 8MP front-facing camera, a 3,000 mAh battery and ships with Android 7.0 Nougat as its operating system.

The Galaxy S8+ comes with a similar set of specifications except that it has a bigger 6.2-inch display and a bigger 3,000 mAh battery.

There’s no official word about the launch of the new color options, but we’ll update you as soon as the new Coral Blue Galaxy S8/S8+ launches.