The summer heat has gotten rather oppressive as of late and Japanese manufacturer Daisaku Shoji may have exactly what a person needs to go through a sweltering day. 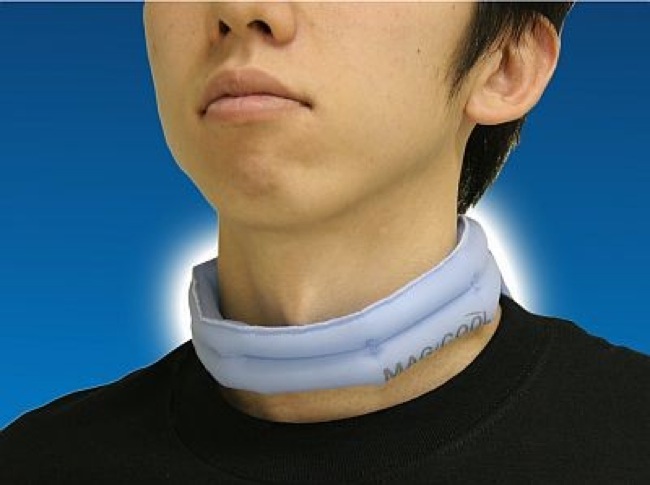 Officially dubbed the Magicool scarf, this wearable collar is made of a special water-absorbent fabric that slowly evaporates the liquid inside while you go about your own business. This process is what brings a comforting measure of coolness to the wearer no matter where you are in a summer-baked city.

Magicool works simple enough: You just fill it with water and wrap it around your neck. From here, the collar does the grunt work until the liquid inside evaporates. When it does, refill!

As with the vast majority of neat stuff tat comes out of Japan, Magicool retails for a mere $8.25. Currently available in several different colors, including military camouflage, themed versions of Magicool are also available.

Hello Kitty and the Japanese Soccer Team-themed designs are highly recommended to Japanophiles out there. Personally, I won’t be caught dead wearing this outside my home.