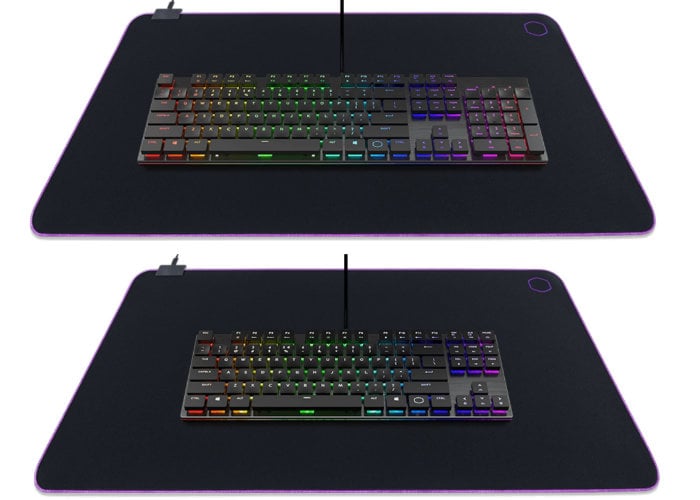 Keyboards are equipped with Type-C USB, per-key backlighting, surrounding light bars, and macros can be fully customised using the accompanying software created by Cooler Masters the form of the Portal Software Application. “On-the-fly-controls allow real-time adjustments to lighting and macros without the need of software, including Windows Lock On/Off to prevent accidental actuation during game play. Users can choose from two sizes depending on preference. The SK650 is a full layout keyboard while the SK630 is its little brother, a ten keyless layout for users with limited desk space.”

“Cooler Master will also release a Bluetooth and wireless version of aforementioned keyboards later this year as well as the SK621, a 65-key compact keyboard, perfect for on the go, available in late March. The Bluetooth and wireless versions, SK651, SK631, and SK621, will be available in white or gunmetal black. Cooler Master will offer models that are Apple and or Android compatible.”