Some of you may remember the walking iPhone robot that we featured on the site previously, well it looks like another clever moder has turned his iPhone into a robot. 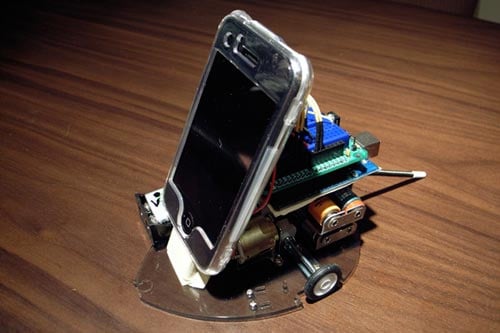 This clever iPhone robot was made using an Arduino CPU board and development environment, a TA7291P motor and it is powered via 4 x AA batteries.

The robot is controlled via WiFi, here’s a video of it in action.