Nikon has launched a gadget that some might think was inspired by science fiction and the movies, the Nikon Port UP. 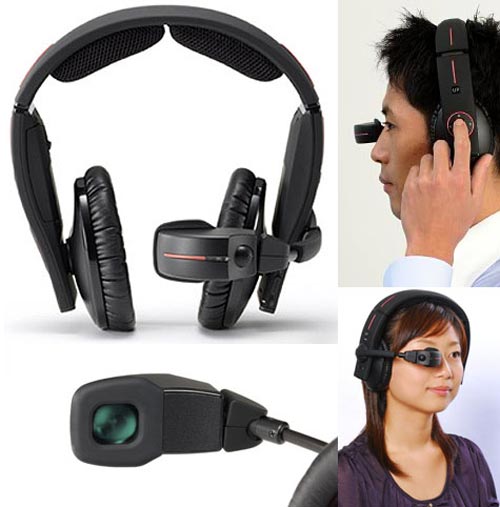 The Nikon Media Port Up is a multimedia headset with a built in display, headphones, Wi-Fi, and built in memory of either 4GB or 8GB, motion sensors and a built in rechargeable battery.

The device is operated by moving your head up of down and left and right and then the built in motion sensors translate this to enable you to control the menu.

According to Nikon, viewing movies and content on the built in display is the same as watching it on a 50 inch screen from a distance of 3 metres.

The Nikon Media Port UP will also be able to surf the web and use programs like Window Media Player.

The Nikon Port UP is available now in Japan with the base model (4GB) retailing for around $580, there is no word on when it will arrive in the US and Europe.

Nikon via Coolest Gadgets and Dvice