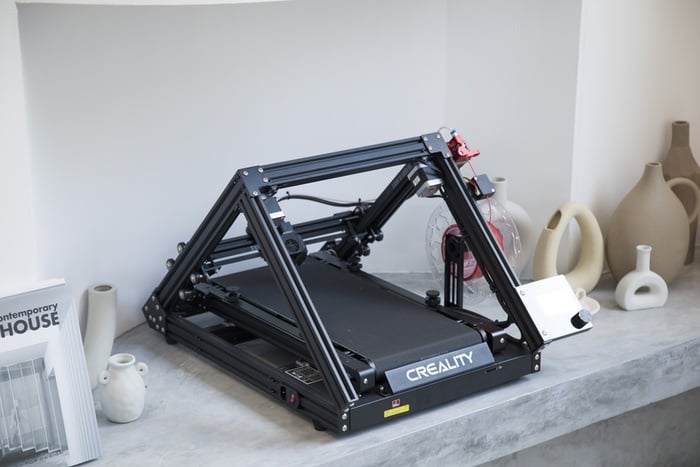 3D printing multiple items one after another can be a time-consuming job, especially when you need to clean down and resend files to your 3D printer after each print has finished. A solution to reducing downtime between 3D prints is a conveyor belt 3D printer, although starting prices for a desktop version can be over $14,000, that is ,until this week. A new more affordable conveyor belt 3D printer priced under $600 is launching this month. 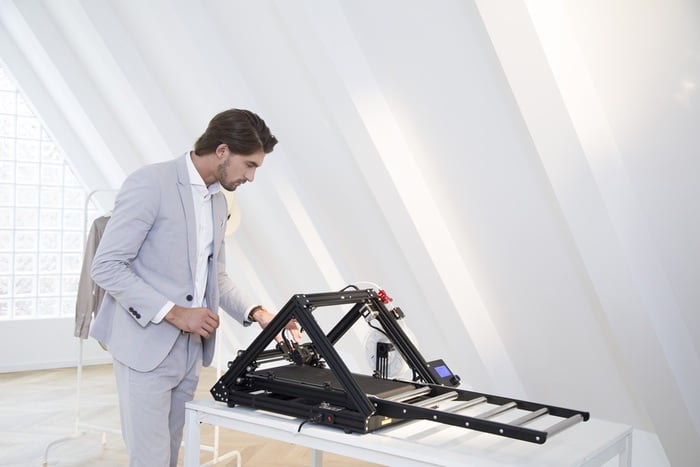 The development team at 3D printer manufacturer Creality 3D who specialise in creating professional 3D printers has once again returned to Kickstarter to launch its new 3D printer via Kickstarter in the form of the 3DPrintMill, priced from $538.  The new 3DPrintMill will be available on the 19th of November at 00:00 Beijing time.Their latest design allows you to batch 3D print your designs in volume, thanks to its rolling conveyor belt design. Offering small businesses and home-based makers a great way to process small production runs of the same part. Or 3D print long length designs easily, without the need to glue separate pieces together due to the restrictions of small Z axis print beds. The design of the uniquely priced 3DPrintMill infinite-Z volume 3D printer has been created by Naomi Wu and Creality 3D, building on the work of Karl Brown and Bill Steele. 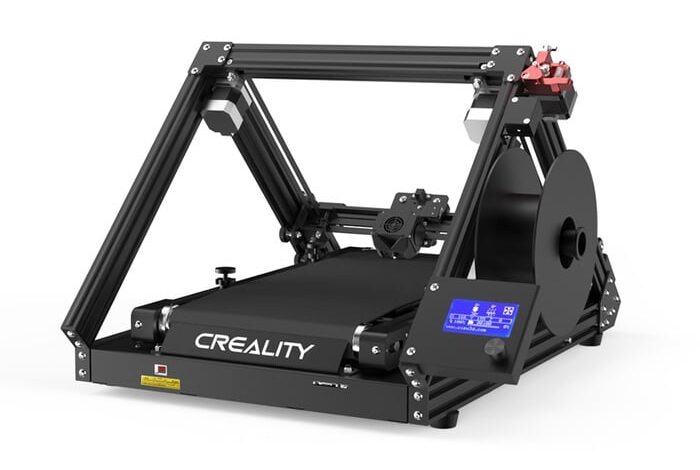 The 3D printer uses the FDM, or fused deposition modelling build process where 3D filament is fused together layer by layer and specified patterns to create 3D objects. FDM printers use a low melting point ( approximately 180°C) thermoplastic filament, and the flow and temperature of the melted filament is controlled by the user and hot nozzle, which moves around the printing bed to create a pattern layer by layer, determined by the design of the object being printed. Thanks to its affordability, ease of use, accuracy, and repeatability, FDM printing technology is perfect for makers, designers and small businesses.

The rolling conveyor belt style print bed of the 3DPrintMill offers infinite-length printing and bulk printing options at an affordable price and has been launched by the company on their 6th anniversary. Constructed using an Isosceles right-angled triangle support structure the conveyor belt 3D printer is equipped with a 23 cm wide rolling print bed. Together with a unique 45° angle extruder, specially created to offset the limitations of vertical nozzles and achieving continuous printing along the Z axis, making the affordable conveyor belt system a reality and available to almost anyone. The 3DPrintMill 3D printer is now available to back via Kickstarter with early bird pledges available from just $538. 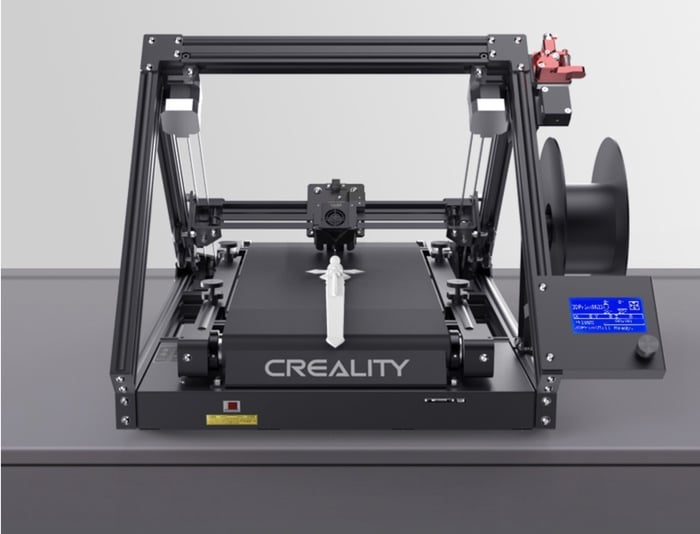 Features of the 3DPrintMill include triple cooling fans on the extruder head, intelligent power protection, filament breakage detector, ultra-silent operation, unique heavy duty, wear-resistant, Nylon conveyor belt, that provides excellent adhesion to prints during the fabrication process. As well as a unique 45° angled hot-end extruder capable of accepting a variety of different filaments depending on needs and your designs final application. The Nylon conveyor belt can easily be replaced after extended use, enabling the 3D printer to continue printing even after considerable use. To learn more watch the unboxing and build video below created by maker Naomi Wu, who worked closely with Creality 3D to design and build the unique 3DPrintMill, combining both a 3D printer and conveyor belt into one affordable yet robust desktop 3D printing machine.

Each 3DPrintMill 3D printer comes provided with exclusive slice software CrealityBelt, stable Core-XY structure, infinite-Z build volume and full setup instructions. The available print area of the 3DPrintMill measures 200 x 170 x ∞ mm enabling you to create extra long length 3D prints with ease. To aid with this Creality 3D has also designed a removable extension bracket which can be easily installed when needed to prevent extra long 3D prints from moving or falling from the print bed during the 3D printing process. 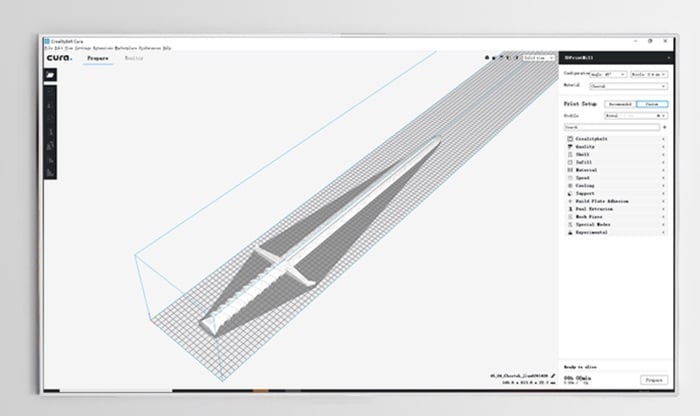 The desktop 3D printing machine measures 535 x 656 x 410 mm and weighs just over 16kg once removed from the packaging. The 3D printer offers users a print accuracy of 0.1 mm and a nozzle diameter of 0.4 mm and the heated print bed can maintain temperatures up to 100°C. While the innovative angled nozzle provides temperatures up to 240°C, accepting 1.75 mm filament and support a wide variety of different printing filaments including PLA, TPU, PETG and more depending on your final application and design. Should your 3D printer run low on filament due to the infinite length 3D printing process a smart filament monitor and breakage detector will automatically notify you if your filament runs out or breaks during the printing process, automatically suspending printing until more filament is loaded. 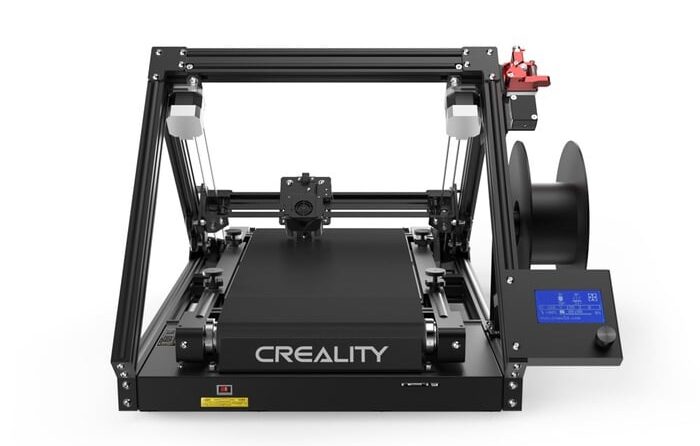 Sending designs to the 3DPrintMill can be achieved via either a USB connection directly to your computer or using SDcards, which can then be read by the machine and selected using the integrated LED display and print menu. Power to the 3D printer is provided by a 24 V / 350 W power supply which can automatically adapt to global preferences such as AC100-120V/ 200-240V. The CrealityBelt Slicing software designed in-house has been specifically engineered for the 3DPrintMill printer offering a “truly user-friendly” setup and printing experience says Creality 3D. As you can see from the images the triangular design of the printer make sure vibration is kept to a minimum and the accuracy of prints remains consistent throughout the whole print run. Located on the front of the system as a small display and system controller allowing you to quickly change settings or print files when required.

Creality 3D was formed back in 2014 and its headquarters are based in Shenzhen with branches in Beijing, Shanghai and Wuhan. Offering a wide variety of specialisation in 3D printers and 3D software and related products. “Consisting of professional researchers and skilled engineers, our R&D team constantly strives for creative function and excellent user experience. The company’s R&D investments in 3D printing cover FDM/resin 3D printers, 3D scanners, filaments, resin, as well as 3D printed drones and robots.” The new 3DPrintMill 3D printer will be manufactured via the company’s own production line certificated with BSCI and ISO standards and is capable of producing 500,000 units annually. With the company exporting to the United States, Australia, Russia, United Kingdom, Germany, Singapore, Egypt, India and more. Thanks to its 20,000 m² factory Creality 3D already has in place for professional test lines and 60 modern production lines enabling it to exceed 60,000 units per month, with 80% of products exported to foreign countries. 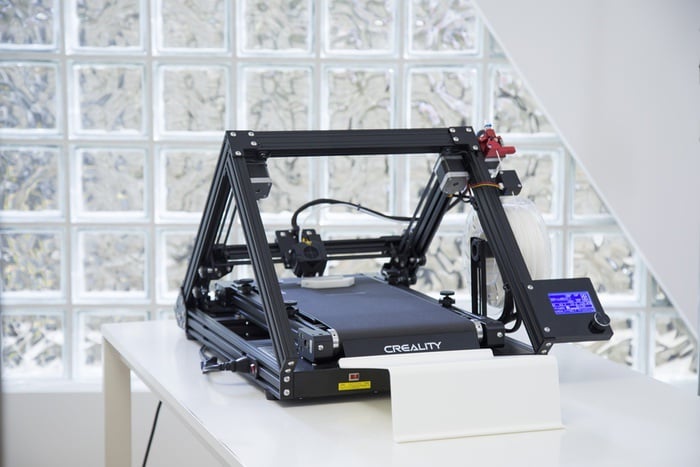 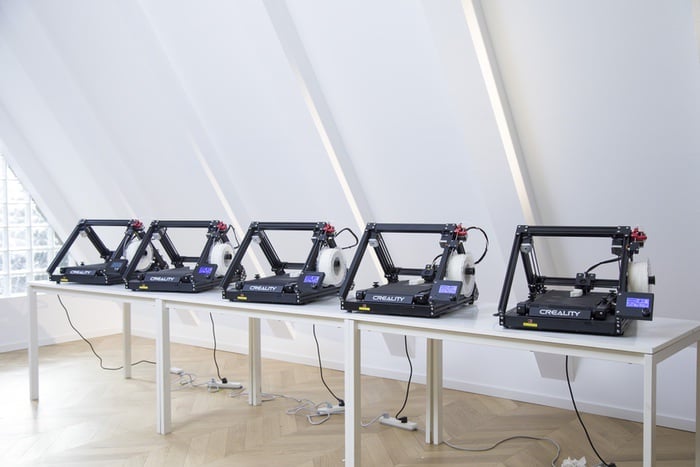 For more information on the newly launched 3DPrintMill 3D printer Jump over to the company’s second official Kickstarter campaign for a complete list of all available pledge options, stretch goals and more, by following the link below. The  3DPrintMill will be available on the 19th of November at 00:00 Beijing time