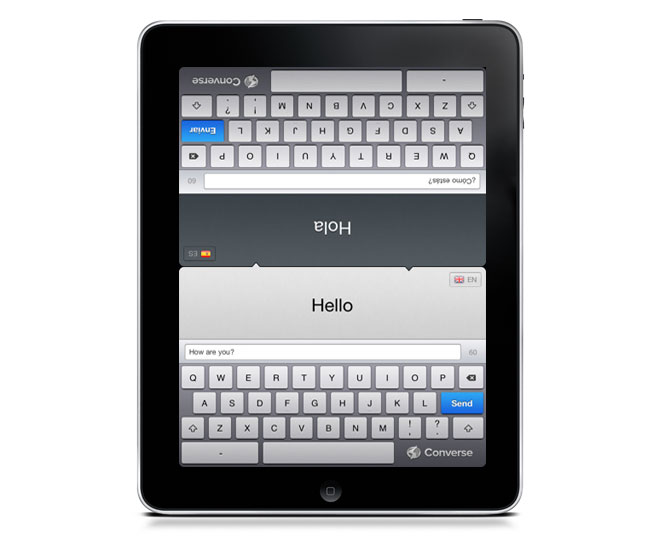 The iPad app has been designed for enabling real conversation with real people and currently supports English, French, German, Spanish, Portuguese, Italian and Dutch languages. Another thing to note before purchase is that Converse does require an Internet connection to be able to preform translations.

The Converse iPad app is now available in the Apple iTunes Store for $4.99 and has been developed by Riot Limited.