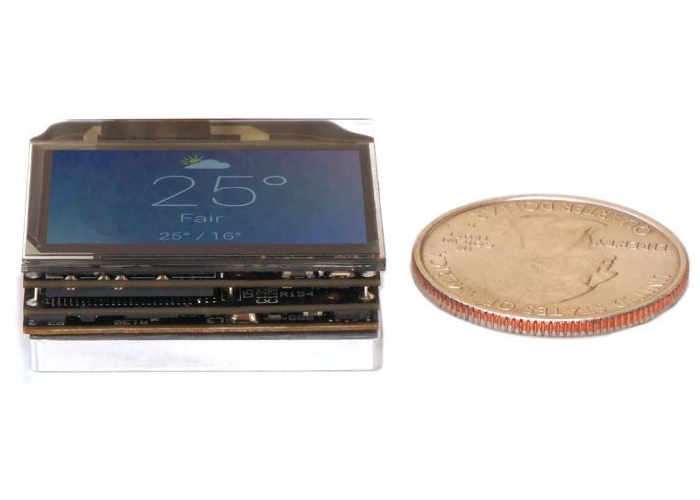 Compulab has unveiled a tiny new mini PC it has created in the form of the UCM-iMX7 compute module which measures 30mm x 27mm and has been specifically designed to provide a tiny ARM-base computer which features a Cortex-A7 processor.

As well as Cortex-A7 CPU the tiny PC can be equipped with up to 2GB of RAM, up to 32GB of storage, and integrated WiFi, Bluetooth, and Ethernet support. The flagship systems in the tiny range of PCs include 1 GHz dual-core CPU, 2GB of RAM, and 32GB of storage, entry-level versions have 800 MHz single-core chips, as little as 256MB of memory, and as little as 128MB of NAND storage.

The unique design of the mini PC combines two boards using a flexible connector allowing the computer to folds in half to reduce its form factor and size. Other features include support for PCIe x1 Gen 2.1, Gigabit Ethernet and up to 112 GPIO pins. The system supports Linux-based software.

Prices start at $39 when you purchase the mini PC in large quantities but unfortunately it doesn’t look as though it will be made available to consumers to purchase on an individual basis.