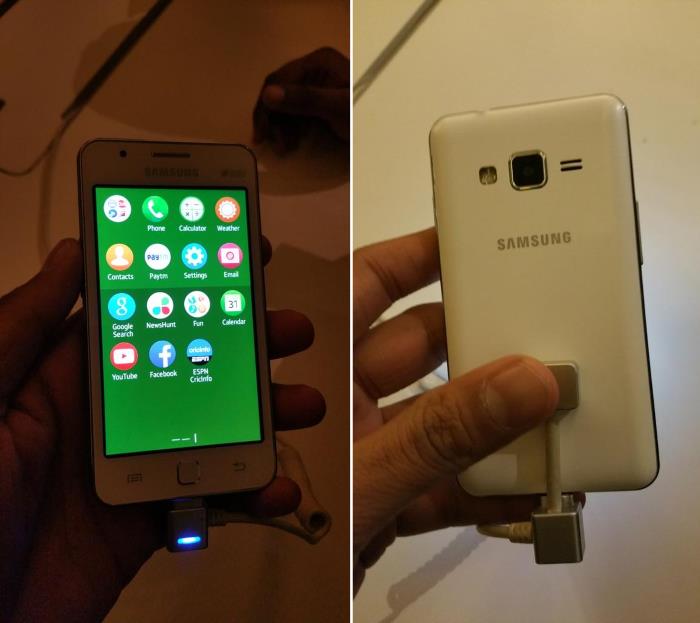 We’ve heard quite a lot about the alleged Samsung Z1 which is expected to launch next month in India. The smartphone is powered by Samsung’s own Tizen operating system, which is already available on several smartwatches from the Korean company.

This time, it seems we may finally get to see the handset. At a secret event held in India, Samsung showed the device running Tizen. Furthermore, the company also revealed the complete set of specifications the Samsung Z1 is expected to launch with.

We already know some of the internals, but the images leaked (as shown below) tells us every single detail about the hardware of the Samsung Z1. It features a 4-inch display sporting a resolution of 800 by 480 pixels, and is powered by a dual-core processor clocked at 1.2GHz. 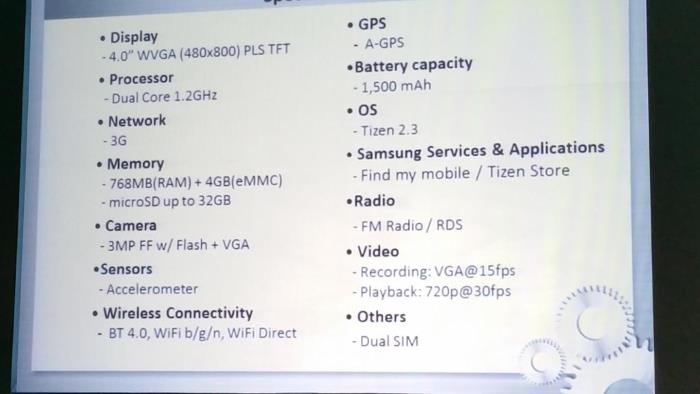 Other features include 4GB of expandable memory, 768MB of RAM, 3MP primary camera for photos and videos, a VGA front-facing camera, 1,500 mAh battery, dual SIM support and runs Tizen v2.3 as its operating system out of the box.

Rumors suggest Samsung will launch the handset in India on January 18th, 2015, but we’ve yet to hear anything official from the company about any such event. We’ll update you if we hear anything more about the handset.