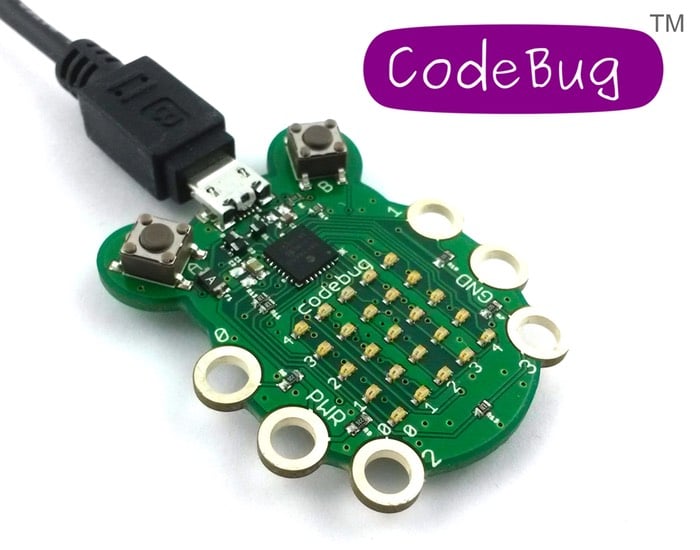 Anyone who has wanted to create wearable project may be interested in a new wearable development board that has been created called the CodeBug.

CodeBug provides a light-up, programmable wearable development board that is equipped with connectors and buttons allowing you to start creating wearable projects instantly.

The CodeBug project is currently over on the Kickstarter crowd funding website looking to raise £12,000 in pledges to make the jump from concept to production. The creators of the CodeBug wearable development board explain a little more about its features and the way it functions.

“CodeBug is a fun, engaging, entry-level introduction to coding and physical electronics. In just a few clicks you’ll program the versatile little CodeBug computer to display your own message. You’re sure to get everyone’s attention as you show off your coding skills when you pin your customised, wearable CodeBug to your clothes.

It’s really, really, easy to get started! Visit our website to create your program, then plug in the CodeBug via USB to program it. That’s it! No complicated setup. Our website will even show you what to do if you get stuck! It’s probably the simplest way to get into cutting edge wearable-electronics technology.”

If you think CodeBug is something you would like to use to create wearable projects, visit the Kickstarter website now to make a pledge and help CodeBug become a reality.