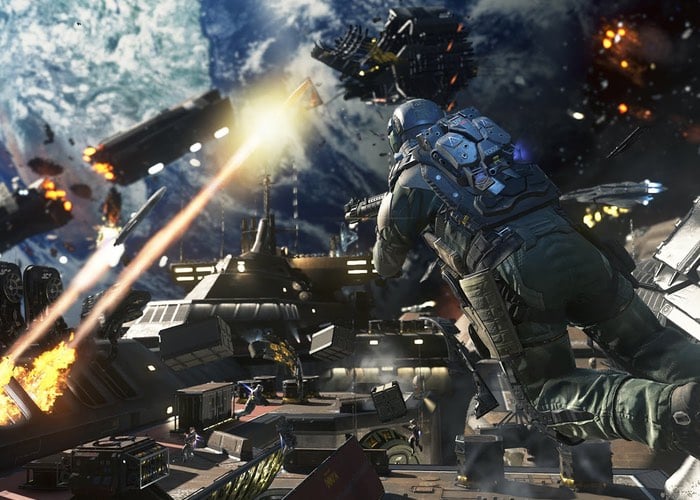 Check out the video below to see how the two compare and what differences you can expect if you are thinking of upgrading to the new PlayStation 4 Pro once it becomes available.

In the first of a series of regular video podcasts, John Linneman and Tom Morgan discuss PlayStation 4 Pro – and other attractions – direct from this year’s EGX. Similar to the previous games in the series, Infinite Warfare is a first-person shooter. As the game introduces a new setting, outer space, new gameplay mechanics, such as zero-gravity environments, are included.

Players are equipped with a boost pack, and a grappling hook, which allow players to move in these zero-gravity environments easily. As the game is set in space, players can visit different planets, satellites and asteroids in the solar system. Assuming control of Captain Nick Reyes, a Tier 1 Special Operations pilot, players will engage in aerial combat with enemies using his transforming fighter, the Jackal.

Aerial combat is not on-rail, as players can freely control the Jackal without much limitations. According to Infinity Ward, both space combat, and the franchise’s signature “boot-in-the-ground” gameplay are the game’s key focuses, Transition between space combat and boots-on-the-ground combat is seamless with no loading screen.