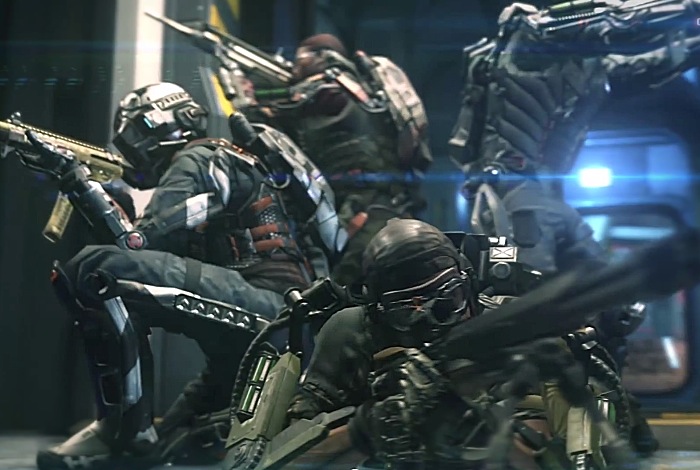 Gamers looking forward to the launch of the new COD Advanced Warfare game, that will be available to play on both the next generation and the older generation game consoles as well as PC.

Are sure to enjoy this new trailer which provides a look at the new four player cooperative mode, gamers will be able to enjoy once the title is officially launched on November 4th 2014. Check out the latest trailer after the jump to learn more about 4 player co-op.

The new COD Advanced Warfare four player co-op mode is named Exo Survival and allows up to 4 players to join forces to fend off waves of enemies and mechs. The new Exo Survival mode will be available together with the standard single player and multiplayer modes already revealed.

“COD Advanced Warfare, like the other Call of Duty titles, is presented in a first-person shooter perspective. However, the game features several changes; unlike other installments,Advanced Warfare does not use a traditional heads-up display; instead, all information is relayed to the player via holographic projections from the weapon equipped.

The general gun-play remains unchanged, apart from new mechanics, for example, certain guns will be able to recharge slowly, allowing the player to take cover and stay there for a certain period of time to gain ammo for the weapon. The player can also switch different types of grenades whilst holding one with the shoulder buttons. It includes Frag, Stun, EMP, Smart, Threat, etc.”