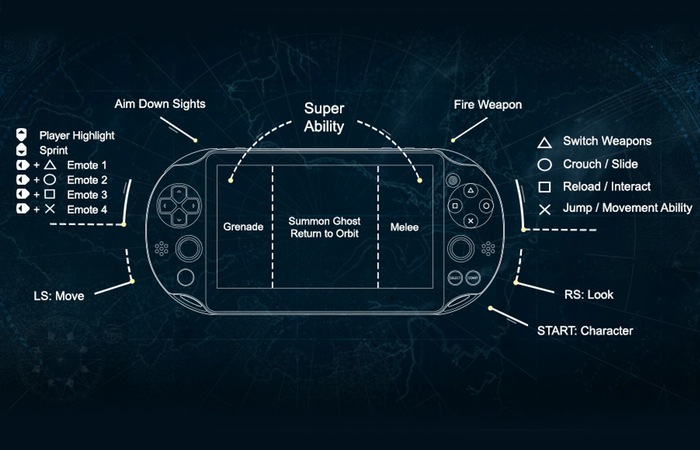 The PlayStation Blog has released a new video that will provide those of your that are preparing to enter the new Bungie world of Destiny, with a little help on the Destiny PlayStation 4 remote play features you can enjoy.

The PlayStation Blog’s Sid Shuman has created a quick video demonstrating Destiny’s Remote Play experience, which enables users to wirelessly stream the Destiny game from their larger PlayStation 4 console to their handheld PS Vita, check it out after the jump.

The full control scheme for the Destiny PlayStation 4 and PS Vita remote play feature is pictured above and Sid explains :

“I spent some time playing Destiny via Remote Play during the Beta and I was really impressed with not only how good it looked on PS Vita’s vivid 5-inch screen, but also how responsive it was. The team over at Bungie actually optimized the controls for Destiny on PS Vita via Remote Play.”

Check out a live-action trailer for the new Destiny game launched earlier this month here.