Designer Erin McGuire thinks that Coca Cola should be making some cool video game themed versions of their popular coke drinks, and has decided to put together these cool Coca Cola Space Invader editions of the original Coca Cola, Diet Coke and Coke Zero. 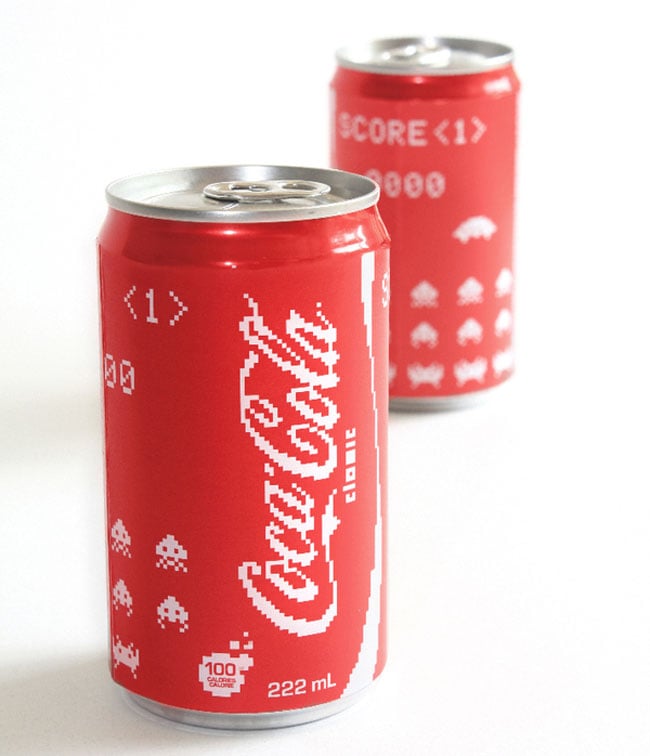 Similar to Space Invaders art, these pixel creatures are invading the human world. They have taken over the walls of Paris, Amsterdam, New York, LA, and now they are targeting Coca-Cola cans across the world, turning everything in their path to pixels. 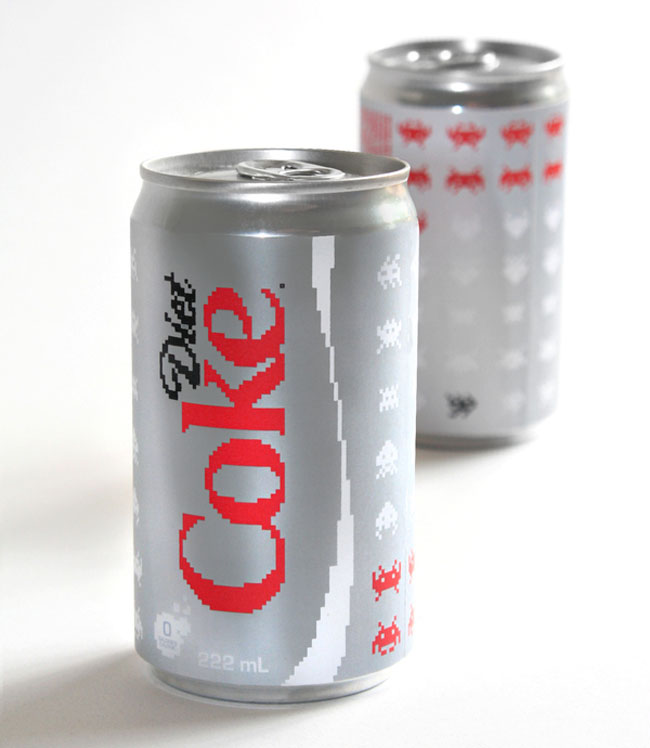 Very cool, we tend to agree with Erin, and think Coca Cola should make some of these fun Space Invader themed versions.