There’s news happening right now, and you may be missing it. CNN is well aware of the amount of time its viewers waste on inconsequential activities like sleep and is now acting to curtail them by offering a 24-hour news stream. For now, only subscribers of AT&T, Comcast, Cox, DISH Network, Suddenlink or Verizon may tune in, however. 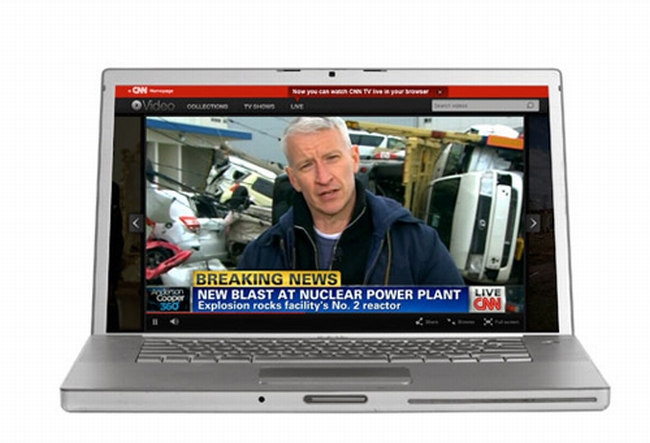 The other big demographic (bigger than iOS, one might argue) being left out is, of course, the Android crowd. Then again, Flash will pretty much see you through any CNN streaming cravings, so we’re pretty sure some Android users aren’t as bothered as they otherwise would be. Not to mention RIM Playbook users, whose half decent Flash implementation might even yield viewable results.