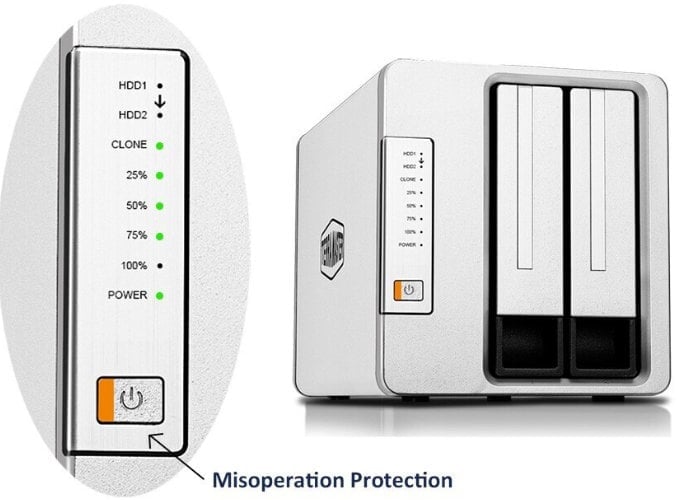 TerraMaster has launched a new drive cloning system this month in the form of the TerraMaster D2 Clone drive duplicator and enclosure. The D2 Clone offers offline high-speed cloning of HDD1 to HDD2 without connecting to a computer. The SSD’s cloning speed can reach 550MB/sec, while the hard drive can deliver a cloning speed of 200MB/sec. Clone supports drives of up to 18 TB capacity per disk slot. A handy feature is the Terramaster D2 Clone offers unique protection against misoperation. The clone function can only be activated after two confirmations to prevent hard drive data loss.

“The D2 Clone features multi-drive compatibility, supporting a wide range of brands and models of 2.5″ HDDs and SSDs and 3.5″ HDDs. The D2 Clone has status LED indicators for easy progress monitoring and mis-operation protection to prevent accidental cloning. The sturdy and classy aluminium chassis with smart fan keeps installed drives cool at all times. It works as a Direct Attached Storage (DAS) when connected to a computer. It uses a widely compatible USB-C connectivity and supports Windows, Mac, and Linux devices.” 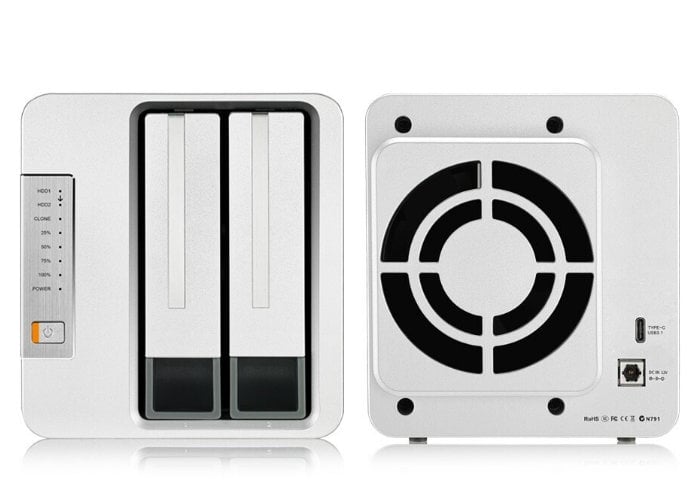 Terramaster D2 Clone offers full compatibility with USB 3.1 protocol and can be used with computers, televisions, servers, set-top boxes and other devices. The TerraMaster D2 Clone is now available to purchase directly from TerraMaster and worldwide partner priced at $120 and €120.