The classic Death Rally PC game is making a come back in March on the iPad and iPhone and looks set to be a great iOS device game.

Back in 1997 when the original Death Rally was released on PC this top down racing game received some great reviews and the new iOS device version looks set to makes it mark as another great game. Watch the trailer after the jump to see the iOS version in action. 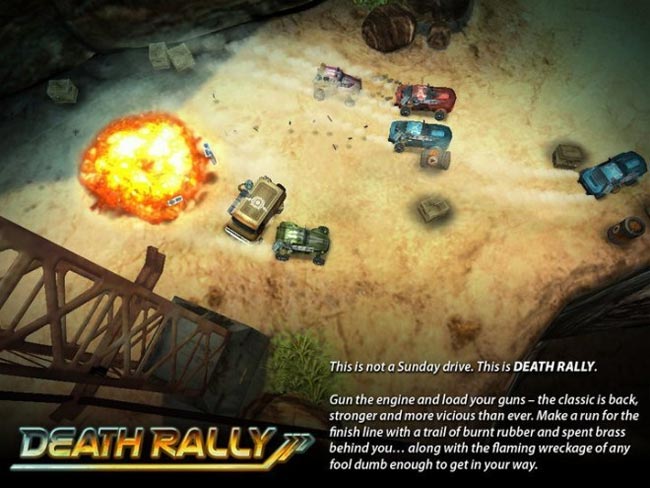 Death Rally is top down racing game allowing you strap as many weapons to your car as possible, to use during your races taking your competitors out of the picture. Winning races brings fame and fortunes which you can then use to increase your firepower and pimp up your ride.