The great media player for iPad CineXPlayer has just released a new update that has revamped the media playing application with some new user interface tweaks and a number of new utilities. CineXPlayer now allows you to start transferring and watching your favorite movies without conversion, in HD, and even in 3D straight away.

The new update now makes CineXPlayer one of the first platforms to come enabled with both 2D to 3D conversion, enabling users to watch all their favourite 2D movies in 3D via an in-app purchase for the live 3D convertor. 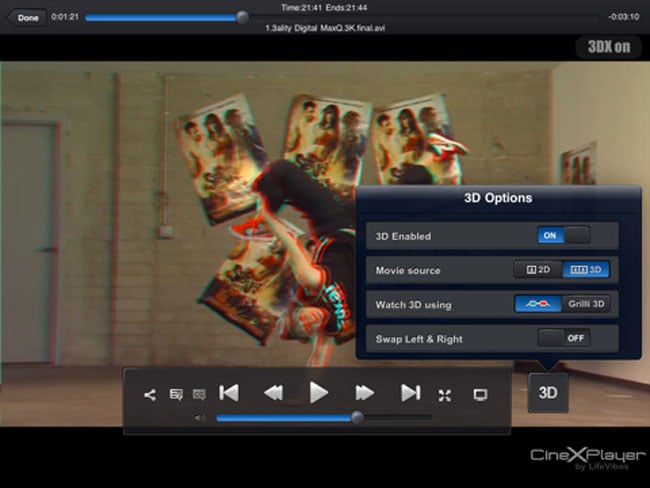 CineXPlayer is able to run files in almost any format and includes support for subtitled (.srt) files, as well as TV,VGA, HDMI Output. the only thing is doesn’t support is AC3 sound.

The update is free for existing owners and CineXPlayer costs just $3 is you dont already own it from the Apple iTunes Store.