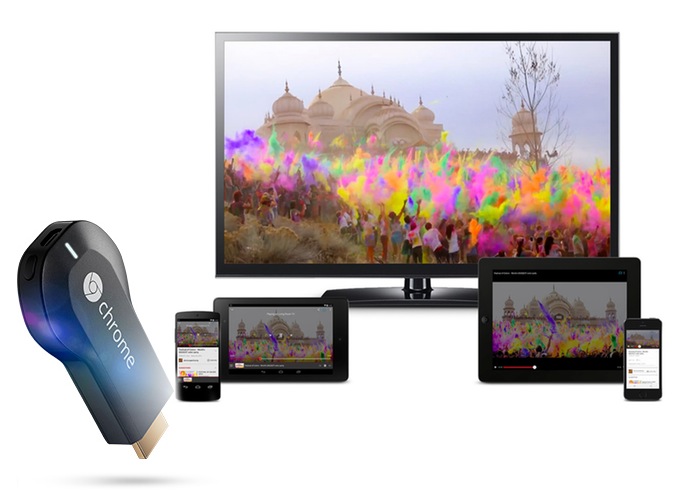 During Google’s I/O developer conference this week it was unveiled that a range of new features are soon to be added to the Google Cast service and Chromecast media streaming dongle.

One of which will allow Android devices to connect to the Chromecast dongle that connects to your HDTV using a HDMI port, without the need for the connecting Android device to be on the same local wireless network.

To do this Google Cast and the Chromecast device will use inaudible ultrasonic sounds to make the pairing possible and provide support for off-network casting and media streaming.

The new feature has been added by Google to make using the Chromecast device in the living room even easier. Chromecast Engineering Manager John Affaki explained during Google I/O 2014 : “The initial step of getting on the same Wi-Fi network can be really complicated,”

The concept of using inaudible ultrasonic sounds to pair devices without the need for a local network was first conceived by Google engineer Boris Smus. Who created an experimental smartphone application which used ultrasound for messaging and connecting to his website last year.