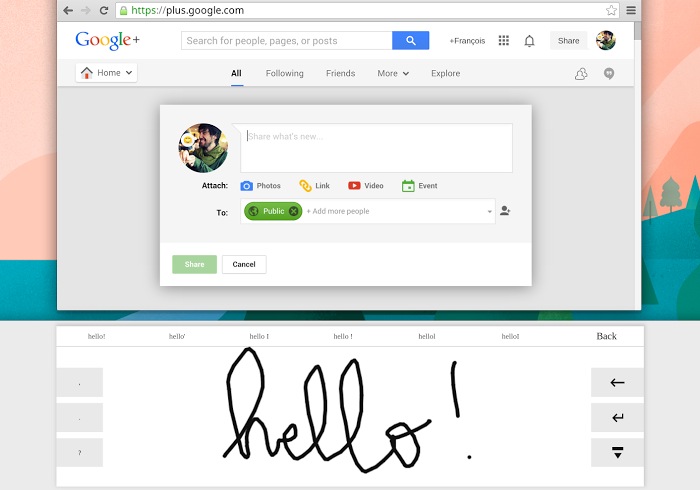 François Beaufort Happiness Evangelist and Google employee has this week unveiled that within the Chrome OS Dev Channel a new feature has been made available to those interested in the form of the experimental handwriting recognition mode.

The Chrome OS handwriting recognition mode can now be enabled on Chrome OS systems using the on-screen keyboard in the Accessibility settings within the operating system.

Once enabled users can then use the handwriting mode on supported systems, but be aware that because the feature uses the Google Input Tools API it is only available when the systems is connected to the Internet.

The new feature allows users to enter text without the need for typing and is capable of recognising handwriting when using a touchscreen display or touchpad. The roll-out of the new Chrome OS handwriting recognition features may indicate that new touchscreen devices running on the Google Chrome OS may be announced in the coming months.

As soon as any more information becomes available on new Google Chrome OS hardware we will keep you updated as always. For more information on the new Chrome OS Handwriting Recognition Support jump over to the Google+ website for details.