Last month, some news surfaced on the internet about Google extending support for Chrome apps on its iOS and Android applications, and it seems it could arrive in the near future. Google said we could see the Chrome apps hitting Android and iOS as soon as January.

It seems they’re on track with their promises and released a new toolkit for developers that give them the ability to build native mobile apps. Currently, it’s in early developer preview and is  based on Apache Cordova. 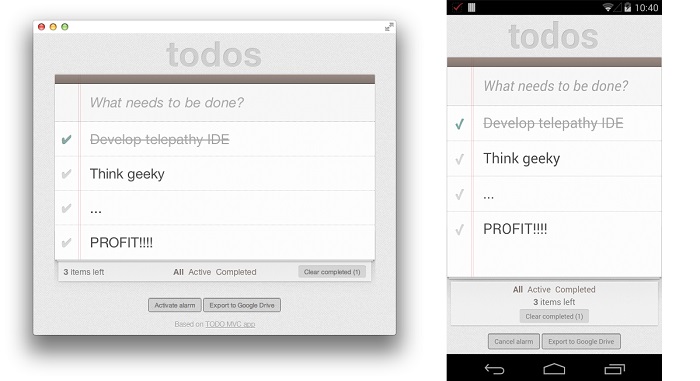 Today we’re expanding their reach to mobile platforms with an early developer preview of a toolchain based on Apache Cordova, an open-source mobile development framework for building native mobile apps using HTML, CSS and JavaScript.

The toolchain wraps your Chrome App with a native application shell and enables you to distribute your app via Google Play and the Apple App Store. We provide a simple developer workflow for packaging a Chrome App natively for mobile platforms. You can run your Chrome App on a device or emulator using the command-line or an IDE. Alternatively, you can use the Chrome Apps Developer Tool to run your app on an Android device without the need to install an IDE or the mobile platform’s SDK.

Well, there’s no word on how the entire process will work, but it should run like native apps that are present in the Google Play Store and the App Store.