It has been revealed this week that Google has included an new experimental Android screencast support feature inside the latest Chrome beta version of its desktop browser.

This discovery of the new Google Chrome feature was made by chromium developer François Beaufort who published the news via his Google+ social networking account together with a YouTube video he has created showing the Chrome Android screencast feature in action. 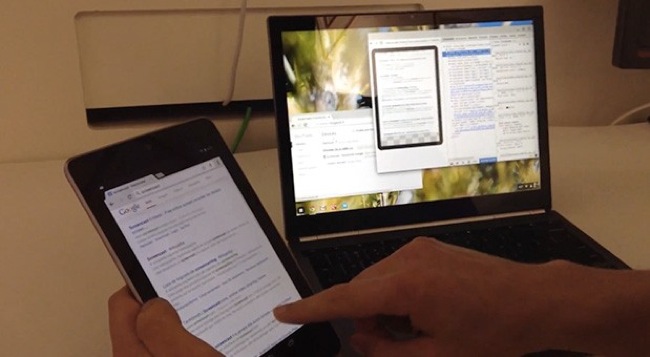 It’s not the first time the developer has revealed new features within the Google Chrome browser or Chromium operating system and if you are interested in trying it out yourself, he details everything you need to set it up on your system via his Google+ post.

The new Chrome Android Screencast support future enables users via Chrome to alter what is being displayed on their mobile devices and is particular good for those developers that need to see how their creations look on other devices. Check out the video below for a full demonstration of how the interesting feature functions.

“Developing and debugging on a mobile device will never be the same anymore thanks to the experimental DevTools support for screencasting.”