Chevrolet has unveiled the first official teaser shot of the 2015 Corvette Z06. The teaser shot doesn’t give away much in the way of detail about the Z06. All the image shows is a bit of the rear quarter panel of the car. Chevy isn’t divulging any details of the Z06 either. 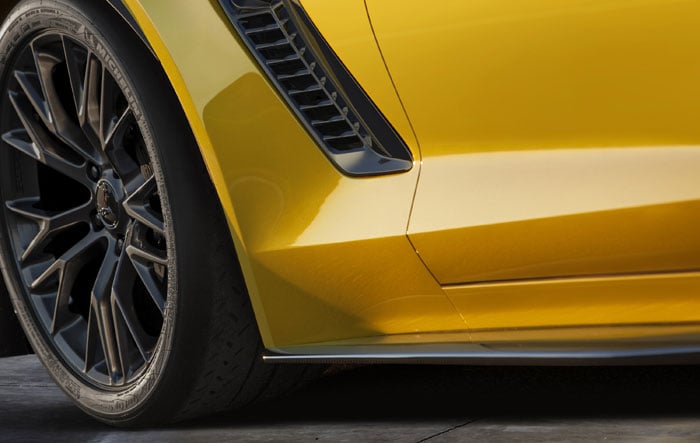 The official unveil for the car will be at the North American International Auto Show next month. The show is held in Detroit, which is a fitting place for the car to debut. Chevy promises supercar levels of performance with unique powertrain, chassis, and aerodynamic features. Chevy also says that the 2015 Z06 will be the most track capable Corvette ever made.

That is a bold claim, Chevy has made some impressive track capable Vettes in the past. All we can tell from the image is that the Z06 will have some nice wheels, and very sticky Michelin Pilot Sport Cup tires. The grate on the quarter panel appears to be designed to channel air to the brakes. We only have a month to wait until the car makes its official debut and we get all the details.