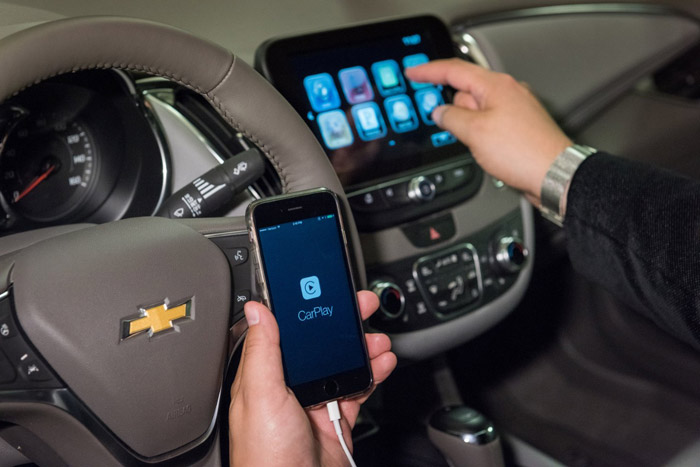 Chevy has taken time to brag about the wide support it has in its new vehicles for Android Auto and Apple CarPlay. Those mobile specifications allow drivers to control smartphones using the infotainment system in the car rather than having to touch the smartphones themselves. In addition to making it easier and more convenient to use the smartphone in the car, both specifications are also aimed at curbing distracted driving.

Chevrolet says that in 2016 it will offer Android Auto and Apple CarPlay compatibility in more models than any other automaker. In all there will be 14 models supporting the specifications, including the new 2016 Cruze. That car will debut on June 24.

Chevy says that the 7-inch screen version of the MyLink infotainment system supports Android Auto and Apple CarPlay. However, at launch the 8-inch MyLink system will only support Apple CarPlay. Development isn’t complete on Android Auto support for the 8-inch device, but it is expected later in the 2016 model year. Presumably, that support will come via a software update, but that isn’t specified. The 14 models that will support these specifications account for 51% of all Chevy sales.