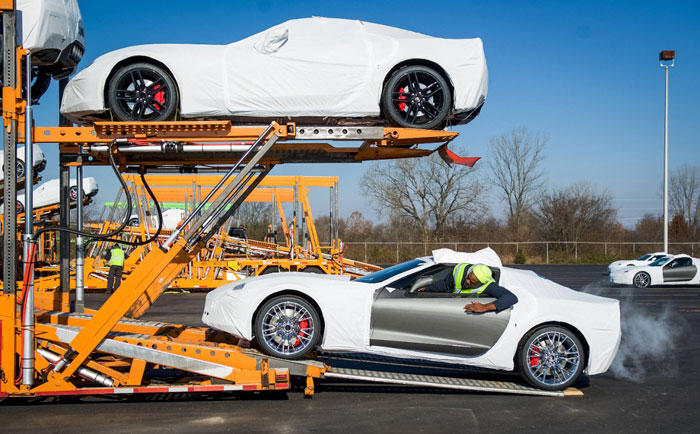 Chevrolet has announced that it is now beginning to deliver the first of the 2015 Corvette Z06 sports cars to early customers. The 2015 Z06 is the most potent Corvette ever made and the most powerful production car Chevy has ever produced. The car packs a 6.2L V8 under the hood that boasts 650hp and 650 lb-ft of torque. Chevy was able to squeeze that much power out of the V8 using a supercharger.

Manual version of the car can run the same quarter mile distance in 11.2 seconds. Only early customers who ordered the Z06 will be getting their cars later this week. People who ordered later will have to keep waiting. The 2015 Z06 starts at $78,995 with a convertible version coming next year starting at $83,995.