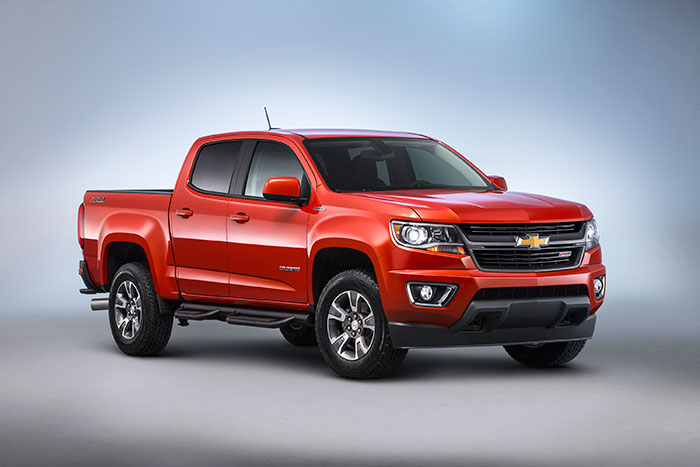 Truck buyers don’t expect to get good fuel economy with their trucks for the most part, even though efficiency has improved over the years. For most truck drivers getting around 15 miles to a gallon is normal but that is changing with the Chevy Colorado Diesel rated for more than twice that number. Chevrolet has announced that the EPA has issued its fuel efficiency estimates for the 2016 Colorado 2WD with the Duramax turbo diesel engine.

That truck was able to achieve 31mpg on the high way in testing. The EPA also found no issues with the emissions of the diesel truck after it was announced that all diesel vehicles would go through extra testing in the wake of the VW cheating scandal. The Colorado 2WD is fitted with a 21-gallon tank and can drive 651 miles per tank of fuel.

The full EPA estimates for the truck are 22mpg in the city, 31mpg on the highway and 25mpg combined. The 4WD model gets slightly less economy rated at 20mpg city and 23mpg combined. We could assume that the highway efficiency would be around 29mpg for the 4×4. The 2.3L diesel engine makes 181hp and 369 lb-ft of torque. The diesel engine adds $3,730 to the price of the truck.