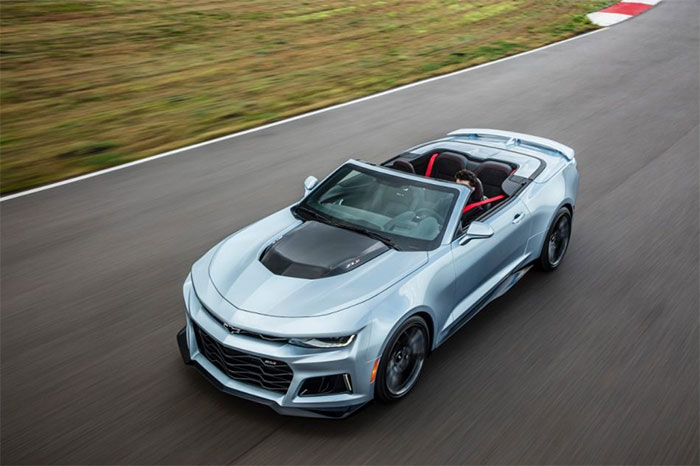 Buyers can choose the 6-speed manual or the 10-speed automatic. Convertible buyers get 20-inch forged aluminum wheels, Goodyear Eagle F1 supercar tires, and Brembo 6-piston front brakes and giant 15.35-inch front rotors. Chevy says that the ZL1 convertible has comparable performance to the coupe and the car was designed from the outset to be a convertible.

Chevy says only a few minor structural differences separate coupe and convertible models and that the chassis and driver control systems carry over unchanged to the convertible. The 2017 Camaro ZL1 Convertible goes on sale in early 2017. We will have to wait to get any real performance numbers from either of these cars, so far we have no idea what the 0-60mph time or top speed are for either version of the ZL1.