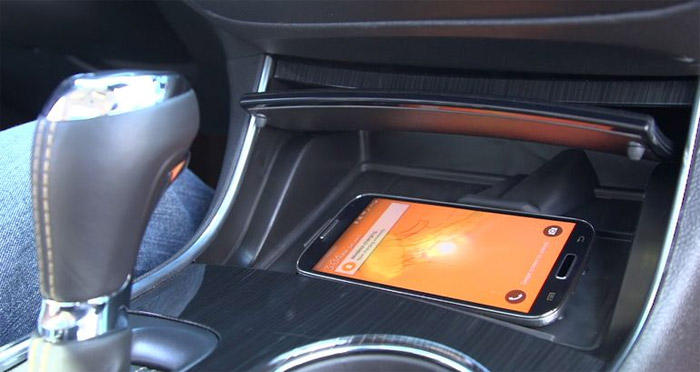 If you live in a warm climate as I do in Texas, you know that leaving your smartphone inside a locked car in the summer can be the death of your device in short order. Even when you are in the car and the AC is running full blast, if the sun happens to be hitting your device it can still get hot enough to cause it to shutdown. Chevrolet has a new feature called Active Cooling that is designed to help your smartphone stay cool.

Active Cooling is an industry first and will be offered on some 2016 model Chevy vehicles. It gives your smartphone its own air vent that is next to the charging bin and blows cold air on it to keep the smartphone cool.

I would assume that the vent can be closed so heat doesn’t blow on the smartphone in the winter making it excessively hot. The first Chevy cars to get Active Cooling include the 2016 Impala, Malibu, Volt, and Cruze. To get the Active Cooing feature, the cars have to be equipped with wireless charging. The ability to set your phone in a special bin and have it charge without having to fiddle with wires sounds very good.