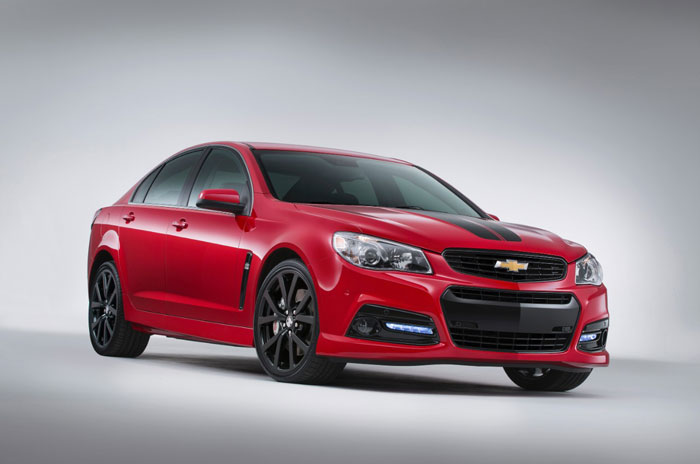 Every year in early November, a massive car show kicks off in Las Vegas called SEMA. This show brings out some of the coolest cars at any car show of the year. The best part is that most of the cars shown off at SEMA have been modified for style and performance. Chevy will have several cars on hand at SEMA this year with the most interesting of them being a customized version for the 2015 Chevrolet SS.

The SS sport concept gives the V8-powered sedan a number of accessories that change the way it looks. It has body color door handles and mirrors, Chevy accessory grille kit, fog lamp bezels, side fender vents, and a rear spoiler. It also has accessory stripes on the hood and trunk lid.

Chevy fits the car with accessory high gloss black wheels that are 20-inch diameter and wheel caps that have the Holden logo. Holden is the Australian branch where the Chevy SS originated. The car also gets Holden logo floor mats and cargo tray. The car has the standard LS3 V8 engine making 415hp and 415 lb-ft of torque. The car is available with a 6-speed manual for 2015.