Professor Sangbae Kim designer of the Stickybot and a  Robotic designer at the Massachusetts Institute of Technology. Is trying to understand how he can replicate  natural animal  mechanisms by creating a robot inspired by the cheetah.

The idea is to build a prototype robot from a construction of  lightweight carbon-fiber-foam that will then be able to match  the cheetah’s speed of 70 miles per hour. 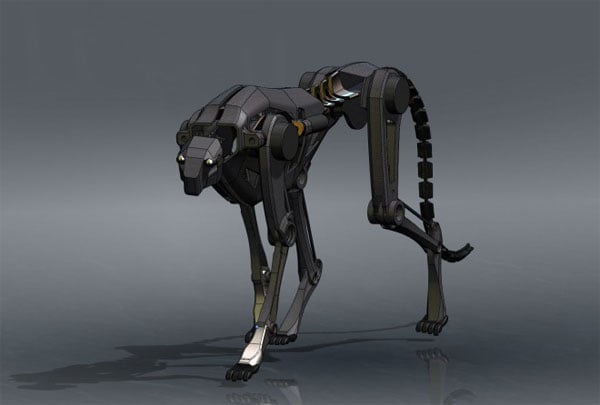 Over the next 18 months, Kim and four other  MIT graduate students are going to  start constructing the prototypes. Starting with a computer model of the robotic cheetah to establish the optimal limb length, weight, gait and torque of the hip and knee joints.

It’s an ambitious project. Current wheeled robots are efficient, but can be slow in rough terrains. For instance, iRobot’s PackBot, which is used by the U.S. military, can only travel at speeds of up to 5.8 miles per hour.