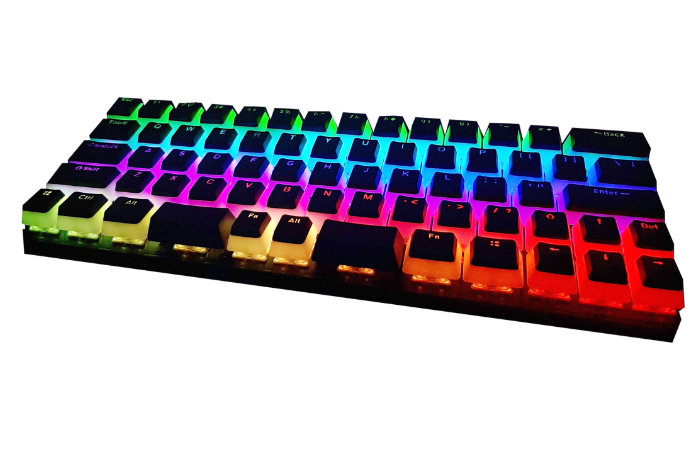 Following on from the Kickstarter campaign which was successfully funded last year, CharaChorder have now started shipping the CharaChorder Lite Multistroke offering a twist on the traditional keyboard. The unique keyboard allows users to press multiple keys simultaneously to output entire words or phrases in a single keystroke, enabling you to type faster than is possible on any other keyboard. “For example a user can chord “word” by simply mashing w+o+r+d simultaneously instead of typing out w, then o, then r, then d individually.”

“Though the devices have just started shipping, multiple users have already broken their all time personal records using the device, reaching speeds as high as +250 WPM. (The average qwerty user’s speed is only 40 WPM) This is especially noteworthy, because the mission of CharaChorder is to raise average human text transmission speed to 250 WPM. This speed, which corresponds to the average adult’s reading comprehension speed, is also how CharaChorder defines ‘the speed of thought’.”

“CharaChorder is a portmanteau of ‘character’ and ‘chord’. Our first product was built with the original intention of helping people with limited mobility communicate better. Along the way, we discovered that this technology has the potential to revolutionize the way EVERYONE interacts with computers. CharaChorder is a great example of the “curb-cut effect” where helping the marginalized ends up benefitting the rest of us as well!! “

“Thanks to your amazing support, all of our funding goals have been blown completely out of the water. As we transition to the latter half of the campaign, we wanted to show our appreciation to you by identifying two additional features to build into CharaChorder Lite based on your requests and feedback. After much discussion, we have determined that we can commit to incorporating these features upon reaching these stretch goals:”