The first company to produce a HDTV with a built in BBC iPlayer is the UK’s Cello, who have launched the Cello iViewer HDTV.

The Cello iViewer HDTV will come in a range of sizes initially which include a 26 inch model and a 32 inch model, and they will feature a built in BBC iPlayer that will give you direct access to all of the BBC’s iPlayer content. 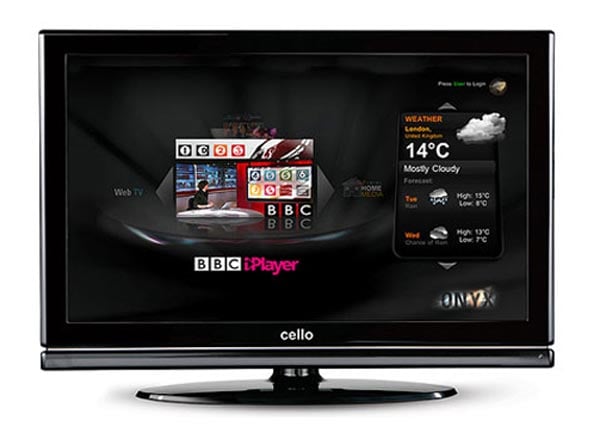 On top of that there will also be a range of other digital channels built in which include YouTube and CNN, and the content is delivery via an Ethernet cable or from an optional WiFi adapter.