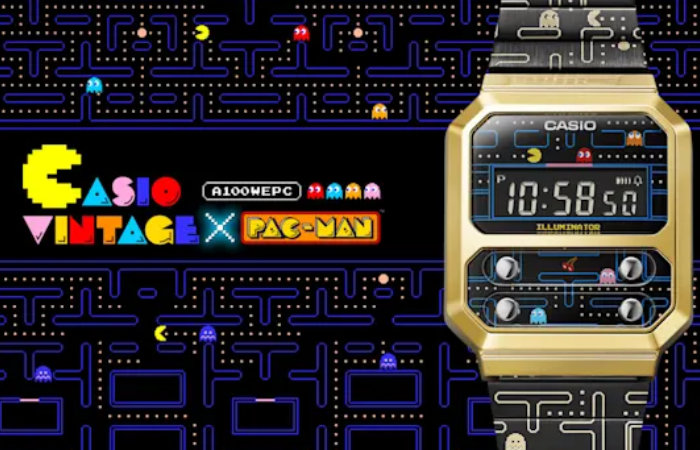 Casio and Namco creators of the iconic Pac-Man arcade game have joined forces to create a new retro styled Pac-Man themed watch expanding on the recently announced recreation is of the iconic F-100 series first launched back in 1977. Check out the video below for a quick overview of what you can expect from the Pac-Man themed digital watch which features with the same four-button layout.

“CASIO VINTAGE×PAC-MAN Watch Collaboration model reference A100WEPC-1B. Casio watches and PAC-MAN have both been with us for over forty years. Here is a collaboration between these two legends with their timeless image and gadgetry. The design is playful and inspired by the world of arcade games.” 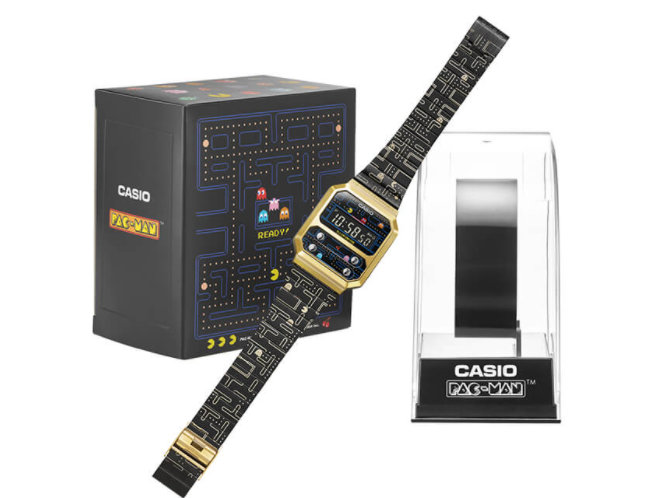 “The Casio Pac-Man watch features the iconic Pac-Man video game released by BANDAI NAMCO Entertainment (then Namco) in 1980. The game concept of “eating”, sophisticated game system, colorful graphics, and pop characters running around are big hits all over the world. It became a video game and a character representing Japan. In 2005, it was recognized by Guinness World Records as “Most successful coin operated game” by Guinness World Records. Currently “Be PAC-TIVE!!” We are developing various projects under the theme of “*GUINNESS WORLD RECORDS ™ registered trademark of Guinness World Records Limited.”

Visit the official Japanese Cassia website for more information and pictures on the Casio Pac-Man watch, unfortunately no details have been released as yet on worldwide availability but as soon as more details are announced we will keep you informed.