Casio has this week announced the re-creation of a modern version of its iconic F100 Series digital watch first launched back in 1977 and worn by Sigourney Weaver playing Ripley in the 1979 space horror movie Alien. The Casio F-100 digital watch was the first to have a plastic casing and was the forerunner of the black plastic digital watches that preceded it to this day. The iconic Alien watch was created by the film’s prop department using two F-100 cases as you can see in the picture above. 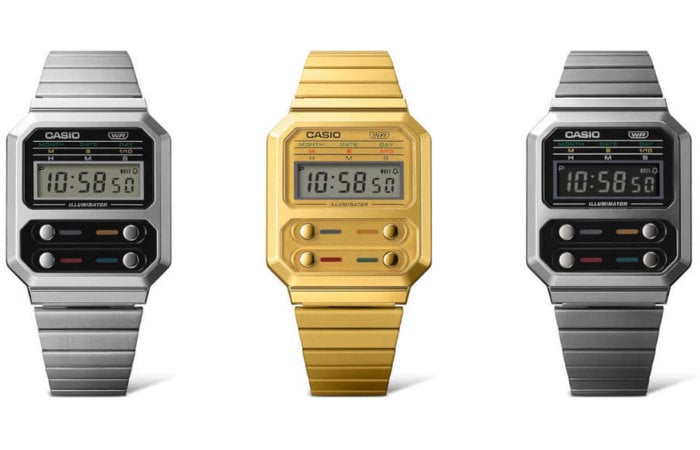 The new range of A100 digital watches now sport a metal casing and are available in gold, gunmetal grey and silver. Features of the AW100WE watches include 1/10-second stopwatch (59’59″9 max), daily alarm, hourly time signal, auto-calendar, LED light and waterproof resistant design. A CR1616 battery will power the digital watch for approximately three years and the iconic read creations are expected to be priced at around $90 and available to purchase next month.

“The F-100 has since become a rare collector’s item. The new A100 retains the same shape and structure, but it has a metallic-style finish (with a resin case) and a stainless steel band. There was actually a steel version of the F-100 released in 1978, the 52QS-14, but it had a slightly different shape” reports the G-Central watch website. 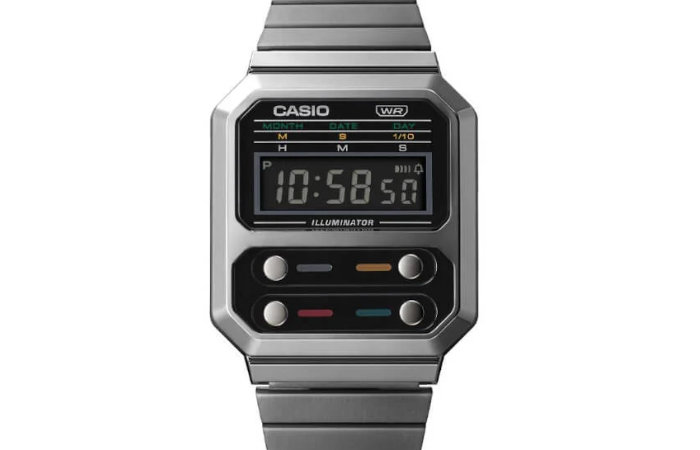