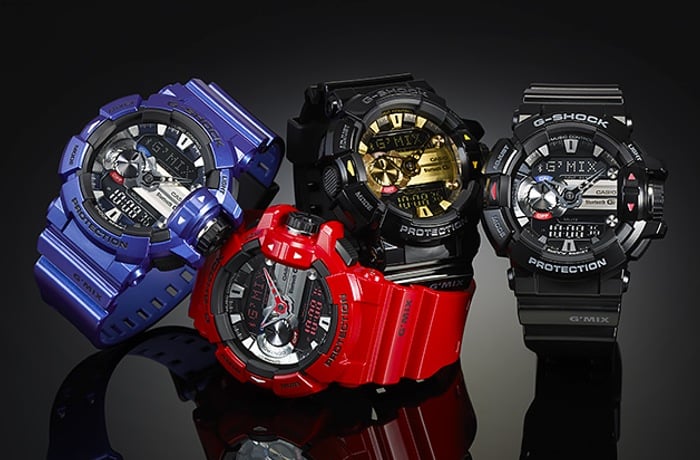 Casio has launched a new G-Shock smartwatch this week in the form of the Casio G-Shock GBA-400 which is equipped with Bluetooth 4.0 connectivity and is constructed using a shock and waterproof casing.

Unlike the Apple Watch waterproof protection the new Casio G-Shock GBA-400 can be submerged to depths of 200m without any problems and is equipped with world times for 300 cities.

Batteries in the Casio G-Shock GBA-400 provides up to 2 years of use and its capable of connecting to both Apple’s iPhone and Android devices, supporting the iPhone 5S, 5C, 5 and 4S as well as Samsung Galaxy S5, S4 and Note 3.

The G-Shock GBA-400 also provides the ability for users to control their music playing on the connected smartphone, as well as being able to add live effects and stimulate concert sounds using the equaliser built into the companion app.

“Linking with the new G’MIX music app lets you adjust music playback settings from the watch, without even taking out your phone. You can also use your smartphone to search for a song playing in your area and display its title on the watch, and even produce sounds from your phone by pressing a watch button. The G’MIX App makes music playback more enjoyable than ever.”

Other features as you might expect include a super illuminator LED, 5 alarms, a stop watch and a countdown timer. For more information on the new Casio G-Shock GBA-400 smartwatch jump over to the Casio website for details and full specifications and features.